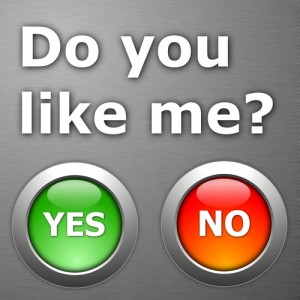 Approximately two years ago, two startups that had yet to launch products raised more than $40 million, respectively, based almost solely on the track records of their founders.

Both companies went on to stumble badly, but only one of them, Color, was pilloried for its failings. The other, AdKeeper, occasioned raised eyebrows, with skeptics even suggesting that its vision could pan out somewhere down the line.

It’s hard to explain why reactions to these companies were so different.

Both products proposed significant changes in consumer behavior. Color called on users to share photos with strangers who were in the same vicinity, while AdKeeper tried to entice people to store display ads for later viewing in a virtual locker.

Both companies also raised funding from highly respected firms. Color received the bulk of its funding from Sequoia Capital, the tony, often arrogant venture firm that everyone loves to hate, while AdKeeper turned to Oak Investment Partners, which manages to keep a low profile despite its reputation for writing big checks on a whim.

Finally, both companies had little in the way of a business model. Color launched without any definitive plans to make money, while AdKeeper had some vague notion of charging its clients every time someone revisited an ad that they had stored.

So why was Color – which went out of business last month — treated so much more miserably than Adkeeper? The answer is actually quite simple: people like AdKeeper’s founder, Scott Kurnit.

AdKeeper – since renamed Keep Holdings – has always been a hard sell. Its original idea never took off. And Keep’s newest products — Keep.com, which lets users “keep” ads in email rather than a separate location, and The Swizzle, a service that combines email promotions that users want into a daily digest – don’t seem much more promising.

Though Kurnit told me in an email yesterday that I would “love both services” if I gave them a try, they don’t address a particular problem for me, and “most consumers likely don’t see a need [for Keep’s products],” given that “existing email tools” easily do the trick, says Greg Sterling of Sterling Market Intelligence. Adds online advertising analyst Andrew Frank of Gartner Group: “Value propositions to consumers that promise more convenience yet don’t necessarily seem more convenient at the outset are very difficult.”

Kurnit declined to discuss customer numbers with me or share even basic information, such as how many people the company currently employs. But as a serial entrepreneur who founded the company that became About.com (which went public in the spring of 1999, then sold to the publisher Primedia for $690 million in late 2000), Kurnit clearly knows how to work the Silicon Valley ecosystem to his advantage.

One investor who knows both Kurnit and Color’s founding CEO Bill Nyugen puts it this way: “Scott isn’t just well-liked; he’s very plugged-in to the VC community and a good chunk of the New York media community.” (Among other things, Kurnit is an investor in Business Insider, and one of Keep’s earliest investors, True Ventures, is also an investor in GigaOm.)

“He’s ingratiated himself in a way that he’s seen more as Scott Kurnit than as the CEO of a company that everyone is wondering, ‘What the f*%k is going on,'” adds this person.

Kurnit is also gregarious and generous with his time, qualities that go far with ink-stained wretches like me who often write about startups — as well as with investors. Indeed, when asked about the trajectory of Keep, Jon Callaghan, a cofounder of True Ventures who sits on the company’s board, told me via email: “I think Scott is a phenomenal entrepreneur. Sometimes, great things take time.”

The reality is that Kurnit’s likability is something that doesn’t often show up in startup box scores, but it’s clearly paying dividends for Keep.

“[AdKeeper] is a truly unhinged idea,” says the investor who asked not to be named. “But I know Scott well; I like Scott.” And on a superficial level, adds this person, the different treatment that Keep and Color received “just kind of shows you how incredibly incestuous the startup world can truly be.”

It also shows that when the going gets rough, having a nice guy at the helm can sometimes make all the difference.