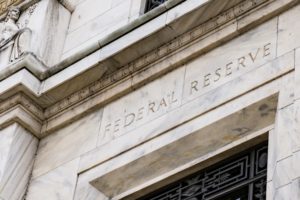 Reminder: The PE Hub wire will not run on Thursday or Friday due to the holiday weekend. We will return our normal scheduling on Monday, November 30.

Now to the news… President-elect Joe Biden is poised to elect Janet Yellen as his Treasury secretary, which would represent the first woman in history for the position, Bloomberg reported. The appointment of Yellen, the former Federal Reserve chair, is likely to find support from both Wall Street and progressives, the news outlet said.

What does the prospective appointment mean for private equity players? Write to me with your thoughts.

Quick flip: For all you hot sauce lovers out there, L Catterton is selling Cholula to publicly traded McCormick & Co. The spices giant will fork out $800 million in cash to deepen its presence in the hot sauce category, adding Cholula to existing brands including Frank’s RedHot and Old Bay hot sauce. Cholula’s net sales are approximately $96 million, the announcement said.

McCormick in its news release characterized Cholula as an iconic brand and spoke to its “passionate fan base, with a particular affinity among millennials”.

Up for sale: Cressey & Co is evaluating the sale of Statlab, a supplier of consumable items that are used to diagnose cancer and infectious diseases, according to people familiar with the matter.

Financial services: A little more than two years into its majority investment, San Francisco’s Golden Gate Capital is selling Aperio, which specializes in personalizing tax-optimized index equity separately managed accounts (SMAs) in partnership with wealth advisors. The buyer is Blackrock, which said Monday it would buy the business in a $1.05 billion all cash transaction.

That’s it for today’s rundown. As always, write to me at springle@buyoutsinsider.com with any tips, feedback or just to say hello.