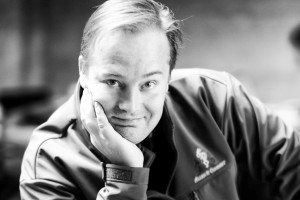 Jason Calacanis, the L.A.-based entrepreneur behind Launch, a series of conferences and events for investors and entrepreneurs, is raising a $10 million venture fund, according to a new SEC filing.

Investors in the fund include Calacanis and David Sacks, a PayPal Mafia member who is the founder and CEO of Yammer, Calacanis told peHUB via email. “We are not disclosing the third LP yet,” he said. “There might be one or two more LPs in the coming months. Or not.”

The fund will focus “exclusively on folks who come out of LAUNCH Festival, LAUNCH Hackathon, LAUNCH Education & Kids and LAUNCH Mobile (our four events),” Calacanis said. The plan is to invest $25,000 to $100,000 in five to 10 startups a year.

If successful in raising the fund, Calacanis will be following in the footsteps of a growing number of entrepreneurs who have raised venture funds over the last five years or so. Among them: Michael Arrington of Crunchfund, with whom Calacanis once worked closely on a series of conferences called the TechCrunch 50. (The two parted ways professionally in 2009 and fought publicly afterwards.)

Calacanis has founded numerous companies over the years, including, most recently, Mahalo, a company that counts Sequoia Capital among its investors but has struggled in its seven-year history, changing course numerous times. Before Mahalo, Calacanis founded Weblogs, a publishing company that produced the popular Engadget tech blog among other sites; it sold to America Online in 2005 for roughly $25 million.

Earlier in his career, Calacanis formed Rising Tide Media, parent company of Silicon Alley Reporter, which Calacanis famously began producing in 1996 by photocopying and stapling together roughly 16 pages of content, then dropping off the homemade magazines at coffee houses in Manhattan.

Calacanis agreed to answer some questions about the new fund, Mahalo, and another new project via email this afternoon.

Q: We’re writing about your new fund, but we noticed you have a new email address, too, from inside.com. What’s that about?

A: Inside.com is my latest product and it will be launched in October. It pulls together everything I’ve worked on for the past 20 years, from Engadget to Silicon Alley Reporter to TechCrunch50/LAUNCH Festival to Mahalo to [the podcast network] This Week in Startups. It’s the last product I’m going to build.

Q: Is Mahalo still a going concern? Are you still involved in a meaningful way?

A: Mahalo.com as a product still exists, but we’re not investing heavily in it. It still does seven figures in revenue, but we’re focusing 100% of the company on the Inside.com opportunity.

We had a team of 100 folks building how-to content, 15 [million] unique visitors and were the 140th largest site in the USA at our peak, but the Google Panda update killed us. We tried for over a year to get the traffic back, but there was nothing we could do. So, I spent some time thinking about what I’m good at, what the world needs today and came up with a plan for Inside.com.

Q: Have you ever been part of a venture fund before, as an LP or active investor or entrepreneur-in-residence?

A: I am an LP in one other fund. Also, I was part of Sequoia’s Scout program.

Q: You’re calling your new fund LAUNCH Fund. Is the plan to singularly or primarily fund companies that debut at your LAUNCH conferences?

A: We are going to fund exclusively on folks who come out of LAUNCH Festival, LAUNCH Hackathon, LAUNCH Education & Kids and LAUNCH Mobile (our four events), yes.

Q: How much money do you intend to give each startup? Or, put another way, how many startups do you envision funding with $10 million?

Q: Do you expect to raise the money from individuals?

A: David Sacks and I are two of the three LPs. We are not disclosing the third LP yet. There might be one or two more LPs in the coming months. Or not.

Q: You’ve been part of the tech startup world for roughly 20 years. Why raise a fund now?

A: If you invested in the winners of LAUNCH/TechCrunch50 over the past six years, you would have been in the top 10 VC funds in return. Once we realized that, it was an easy decision. Also, I like working with founders.

Q: You’ve also been an active angel investor. Roughly  how many companies have you funded?

A: I’ve done 30 angel investments [including Uber, Gowalla, and Rapportive], and I’m in the top 10 angels on AngelList… so, it made sense to make a fund.

Q: Is there anyone in particular after which you’ll be modeling yourself or your fund?

A: I think in fairness the event + fund is attributable to Stewart Alsop, who did DEMO.

Q: Will it just be you, running this fund, or will you have another GP?