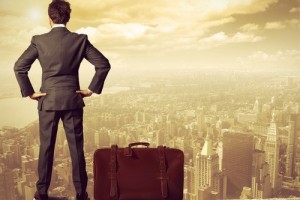 Jeff Edwards, a former private equity executive at the Teacher Retirement System of Texas, left the pension system in July and joined NovaQuest Capital Management, according to two people with knowledge of the move.

Edwards was a senior associate on the private equity team at TRS, according to an organizational chart from 2014.

It is not clear what Edwards’ title is at NovaQuest. He will work on all aspects of the firm’s operations, one of the sources said. NovaQuest did not respond to a phone message and email.

The pension system is searching for a replacement for Edwards, and recently closed its job advertisement due to the large number of respondents, said Juliana Fernandez Helton, a spokeswoman for the pension system.

The market value of the Texas Teacher private equity portfolio stood at about $15.7 billion as of June, according to a private markets report from the system.

NovaQuest is set to close its fourth fund imminently, one of the people said. NovaQuest Pharma Opportunities Fund IV is expected to hit its $850 million hard cap, the person said.

NovaQuest, based in Raleigh, North Carolina, boosted the cap on Fund IV after receiving strong demand for the fund, Buyouts previously reported. The firm launched Fund IV in the fall of 2014. Atlantic-Pacific Capital is working as global placement agent on the fundraising.

NovaQuest closed its third fund on $460 million in October 2013. Performance information on the fund could not be found.

The firm has an unusual strategy, providing capital to large, global biopharmaceutical companies that need help developing new drugs. The firm invests directly in the products being developed. NovaQuest makes money from getting back its principal plus a profit, along with securing a drug royalty stream.