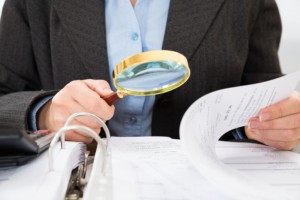 An SEC compliance examination uncovered some interesting activity at consumer-focused JH Partners that resulted in a settlement and censure of the firm for conflicts involving undisclosed loans to portfolio companies.

The SEC reached a settlement with San Francisco-based JH Partners that included the censure and a civil penalty of $225,000, the SEC said in its order.

JH Partners did not admit or deny the findings. No one was available for comment at JH Partners on November 25.

The firm tried to rectify the conflicts after the SEC examination in January 2013, the SEC said. Following the exam, the firm disclosed to its LP advisory boards that it, along with certain principals, had loaned around $62 million to certain portfolio companies from at least 2006 to 2012 without disclosing the loans to LPs. The loans, in some cases, gave the firm and the principals a priority interest in the portfolio companies over LPs’ equity stakes.

JH Partners also admitted to breaching concentration limits on the percentage amount a fund can amass in one investment, or in a foreign investment, without disclosing or getting the consent of LPs.

In addition, JH Partners used more than one fund to invest in the same portfolio company at differing seniority levels and valuations, potentially benefitting certain LPs over others, the SEC said.

To rectify the situation, JH Partners agreed to subordinate the direct loans to LP interests in the portfolio companies. JH Partners also agreed to forego rights of repayment on certain loans and waived, to date, about $24 million in management fees and carried interest, the SEC said.

The firm, which manages $465.4 million, collected $350 million for its 2006 vintage Fund II, according to information from alternative assets data provider Bison. JH Partners also has a vehicle called JH Evergreen Fund, LP, according to the SEC.

Performance information on the funds was unavailable.

A PDF of the settlement is available here: SEC settlement with JH Partners