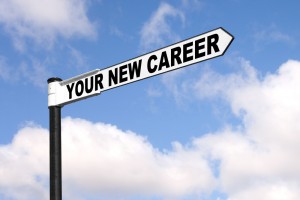 The mid market is a pricey place to be with private equity valuations shifting towards the higher end of the spectrum, according to a report by GF Data Resources. US Private equity investors in the mid-market are paying significantly higher multiples to acquire larger firms. Aggregate deal multiples in 2011 were 6.1x EBITDA, up from an average of 5.9x in 2010, cites the report.

This may in part account for the reported drop in mid-market transactions in the first quarter of the year, as reported by Thomson Reuters, which defines middle market transactions as those deals valued up to $500 million. The GF Data report, however, shows that total deal volume has continued to climb over the past three quarters, but is still not at the levels reached in the second half of 2010. GF Data reported 44 qualifying transactions in Q4 2011, bringing the total for the year to 145. In 2010, the figures for Q4 and the year were 64 and 169, respectively.

In Europe, the middle market has become increasingly competitive and funds targeting the sector have been booming. Private equity fundraising in the middle market during 2011 reached 14.9 billion euros ($19.6 billion) in 2011, an increase of around 40% on the previous year, when just 10.5 billion euros was raised, according to placement agent Acanthus Advisers. The firm’s European Mid-Market Fundraising Review 2012 has identified the top performing European mid-market regions as France, Benelux and Scandinavia. Last year also saw a marked return of large-cap funds (funds over 1 billion euro), raising 18 billion euro, up from just 1 billion euro in 2010 and 9 billion euro the previous year, but still well short of the boom years (2007: 43 billion euro).

Contributing its part to this trend is Northern European private equity firm Triton Partners, which, according to peHUB publisher Reuters, is hoping to raise at least 2.5 billion euros for mid-market European buyouts, just two years after closing its last deals fund.

This week’s job posting comes from a firm which has both a U.S. and European focus providing debt financing to the private equity middle market. The successful candidate could be competing with or working on transactions alongside active mid-market private equity houses such as US-based The Riverside Company, which is currently in fundraising mode for a $500 million fund and has completed seven deals in the first quarter of this year; UK regional mid-market investor Lloyds Development Capital, the private equity arm of Lloyds Banking Group; US mid-market firm Grey Mountain Partners and German special situations investor Mutares.

Scroll down to find out more if the mid-market is your thing.

Firm Description: H.I.G. WhiteHorse provides debt financing to performing mid-market companies in the United States and Europe. The firm has a broad investment mandate and provides senior and subordinated debt for refinancing, growth capital, acquisitions, buyouts, and balance sheet recapitalizations. Credit facilities typically range from $15 to $100 million for companies with revenues of $50 million or more. H.I.G. WhiteHorse is the credit affiliate of H.I.G. Capital, a global private investment firm with over $8.5 billion of capital under management. H.I.G. Capital has acquired Dallas-based CLO manager WhiteHorse Capital in October 2011 and H.I.G. WhiteHorse was created.

Job Description (as cited by H.I.G. WhiteHorse):
The successful candidate will take a central role in evaluating and investing in complex credits to obtain outsized returns. The associate will be expected to follow a portfolio within specified industries, generate investment ideas, interact with industry analysts and management teams, and present recommendations to the investment committee. The associate will work on opportunities, providing capital to performing, stressed and distressed companies.

Qualifications/Experience: (as cited by H.I.G. WhiteHorse):
The ideal candidate will have 4-5 years experience in some area of investment banking, commercial banking, turnaround consulting/advisory work or distressed investing. Superior academic achievement at a top tier undergraduate program is required, and an MBA and/or CFA designation is preferred but not essential. The successful candidate will also have outstanding interpersonal, leadership, and analytical capabilities.

For more private equity job opportunities head over to the peHUB career center, co-hosted with eFinancialCareers.com.