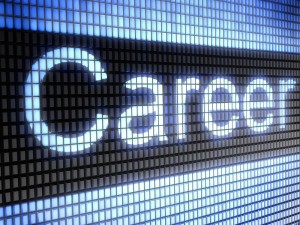 The Bill & Melinda Gates Foundation is on the look out for a senior program officer, industry partnerships, biotech and venture funding. The successful candidate will work within the Life Sciences Partnerships Group (LSP) of the foundation which is responsible for developing and implementing engagement and partnership strategies with the healthcare and life sciences industries including multinational pharmaceutical companies, the biotech industry and early stage investors.

The last quarter of 2012 was down on the previous year for biotech investing. According to data from Thomson Reuters $2.65 billion was invested in U.S. biotech companies by venture capital funds for the first nine months of the year from 289 deals. That’s a 12 percent decline from the first nine months of 2011 when $3.21 billion was invested in 307 deals. The top five deals for that period were Elevance Renewable Sciences, Inc. taking first place securing $104.36 million, followed by Relypsa, Inc. with $62.4 million, bluebird bio, Inc. with $60 million, TESARO, Inc. inking $58.3 million and Sangart, Inc. attracting a 50.74 million investment round.

If you think you have what it takes to source and identify the highest quality biotech transactions within a highly competitive space then this job opening could be what you’re looking for. The senior program officer, life sciences partnerships – biotech and venture funding is a new role on the LSP team and according to the job description, the successful applicant will be “charged with developing and implementing a high level strategy to drive and support Global Health Venture Capital (GHVC) program implementation.” S/he will be responsible for developing and executing “an operating plan that dramatically increases the transaction pipeline and accelerates the closing of high quality investments.” The role will report to the director of the LSP group.

Based in Seattle, the Bill & Melinda Gates Foundation is led by CEO Jeff Raikes and co-chair William H. Gates Sr., under the direction of Bill and Melinda Gates and Warren Buffett. The foundation’s goal is “to help all people lead healthy, productive lives.” In developing countries, the foundation is focused on “improving people’s health and giving them the chance to lift themselves out of hunger and extreme poverty.” In the US, the foundation seeks to ensure that “all people-especially those with the fewest resources-have access to the opportunities they need to succeed in school and life.”

Professionally, the ideal candidate will boast 5+ years’ experience with a top tier venture capital firm or in a business/corporate development role within a large pharmaceutical, biotech or medical technology company. The criteria in the job description also demand a “familiarity with the biotech venture capital and multi-national pharmaceutical industries, early stage biologic and drug platforms, venture business models and understanding of balance sheet mechanics.”

For more private equity and venture capital-related job opportunities head over to the peHUB career centre, co-hosted with eFinancialCareers.