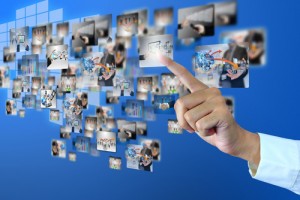 Technology is probably the busiest sector for venture investing right now and Chicago-based venture capital firm Lightbank is looking for a technology enthusiast to add to its growing team of associates.

According to the job description on LinkedIn the ideal candidates will have “two to four years investment banking or consulting experience, with an interest in technology, mobile, and/or internet companies.” The advertisement continues: “Passion for technology is a must. The role will be a combination of a typical venture investment role and hands on work with our portfolio companies.”

Some industry statistics to help with background if you’re thinking of applying for this position.

Venture capitalists invested $6.5 billion in 890 deals in the third quarter of 2012, according to the MoneyTreeTM Report from PricewaterhouseCoopers LLP (PwC) and the National Venture Capital Association (NVCA), based on data provided by Thomson Reuters. Quarterly venture capital investment activity declined 11 percent in terms of dollars and five percent in the number of deals compared to the second quarter of 2012 when $7.3 billion was invested in 935 deals.

Investment for the first three quarters was $20 billion into 2,661 deals, a level significantly under this point last year, making it likely that 2012 will fall short of 2011 in terms of both dollars and deal volume, according to the report.

And although these figures have witnessed a slump, NVCA president Mark Heesen stressed in the report that information technology investment continues to be very strong, particularly in the Internet arena.

The software industry received the highest level of funding for all industries with $2.1 billion invested into 304 deals during Q3, marking the fourth quarter in the last five in which investment in software exceeded two billion dollars, according to the report. This level of investment represents a 12 percent decline in dollars and a one percent increase in deal volume from the second quarter when $2.4 billion was invested in 300 deals.

Internet-specific investing fell 12 percent in dollars and eight percent in deals from the previous quarter with $1.7 billion going into 250 deals but remained well above the billion dollars per quarter level that has been prevalent for the last two years.

Six of the top 10 deals for the quarter were in the Internet-specific sector and companies in the software, media and entertainment, and IT services industries received the most first-time rounds in the third quarter.

Click here to apply if technology within a true venture environment is your bag.