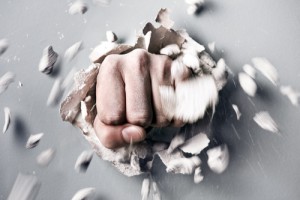 The recent move by the U.S. bank comes just weeks after rival bank Credit Suisse Group AG was rebuked by the Federal Reserve for failing to adhere to U.S. leveraged lending guidelines.

The sources said the debt package provided by JPMorgan, along with Jefferies, to Vista Equity Partners to finance its$4.3 billion acquisition, had leverage well in excess of eight times EBITDA and includes loans and bonds.

The overall size of the debt was not known.

The leverage total is higher than the six times ceiling that the Fed, the Federal Deposit Insurance Corp and the Office of the Comptroller outlined as acceptable under new guidelines announced last year as they try to curb reckless underwriting.

“The real story here is that JPMorgan, which is generally deemed to be more conservative and has got the same letters as all other Wall Street banks from regulators about lending, decided to go in with such an aggressive deal,” said one of the sources.

“There are huge adjustments to EBITDA (on the deal) and cov-lite loans. It flies directly in the face of regulators.”

Market sources told IFR that at least three other banks, including Bank of America Merrill Lynch and Deutsche Bank, had already agreed to lend to Vista.

JPMorgan, who the sources said was originally backing a rival bidder for Tibco, came in at the last minute offering a more aggressive finance package that the company could not turn down and the other banks could not compete with.

The sources said JPMorgan’s debt commitment was almost definitely non-compliant. The guidelines, however, remain a gray area and banks have been grappling with their interpretation for the past 18 months.

The regulators, for example, also focus on loans that can be criticized or considered “non-pass” if a company cannot amortize or repay all senior debt from free cashflow, or half their total debt, in five to seven years.

Some on Wall Street believe this is a more important criteria than the overall leverage number.

A number of deals over six times have been done over the past six months and still been deemed satisfactory by regulators following the annual examination of banks’ loan books, known as Shared National Credit reviews, the sources said. The results of which will be published soon.

The leveraged buyout of marketing firm Acosta last month was roughly eight times levered, with bankers arguing the business can cope with that amount of debt.

JPMorgan’s decision to team up with Jefferies, though, which is not regulated by the Fed or the OCC, has come as a surprise.

One of the sources said some of the financing was also coming from direct lending from alternative capital providers, signaling that others are willing and able to fill the gap left by banks.

Privately held brokerage Jefferies was one of the banks that stepped in to lend to private equity firm KKR earlier this year on a buyout loan for Brickman’s acquisition of ValleyCrest that other banks snubbed on concerns it was too risky to pass muster with US regulators.

Founded in 1997 as a subsidiary of Reuters Holdings Plc with backing from Cisco Systems Inc, Tibco went public in 1999. Thomson Reuters Corp is no longer a material shareholder in the company.