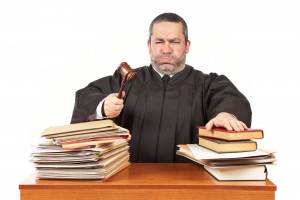 A funny thing happened on my way to covering the annual RSA Conference. I was asked to judge the event’s startup pitch competition, called Innovation Sandbox.

I normally don’t like startup pitch events. It’s hard to get a sense of a company’s potential from a 30-second elevator pitch. And it seems that many times the startups aren’t heard from again after the pomp and circumstance of the contests are over.

But Innovation Sandbox—which this year will be featured during the first day of the RSA Conference on Feb. 25 in San Francisco—has proven to be a good predictor of would-be security companies. In 2010, virtualization security provider Altor Network won the contest and later was acquired by Juniper Networks for $95 million. Last year, mobile app security provider Appthority took home the top prize and has since raised more than $6 million in funding and is growing fast. I also happen to like Appthority President and co-founder Domingo Guerra, who last year spoke at our Venture Alpha conference.

So when Paula Belikove, who founded the Innovation Sandbox program, made me feel like I would be an integral part of the judging panel, I was happy to participate.

Then I received the list of entries. I didn’t realize I’d have to judge so many. Despite what I considered stringent application requirements (which insists that startups have management teams with prior success), a record 64 companies competed in this year’s Innovation Sandbox program.

Many of the security startups are focusing on BYOD, one of the hottest acronyms at the moment. However, while many of the startups accurately describe the problem of needing to safeguard the enterprise and provide security for employee’s mobile devices, not many made it clear to me what solutions they provide. I couldn’t see how their approach was any different than the security offerings already available. I saw the startups in Innovation Sandbox as more opportunistic, rather than innovative.

Then I began to question what the heck I was doing judging security startups. Many of the 64 companies didn’t thrill me. Some of the videos were unsophisticated. If I couldn’t understand what they did or if they failed to impress me in 30 seconds, I moved on.

That’s when I felt like I would make an awful VC. I was dismissing startups, not because of any market intelligence, but because I didn’t recognize some of the management teams and because I was sick and tired of hearing about BYOD.

Clearly, I’m not a VC and I’m not a security industry specialist. The other judges—Asheem Chandna of Greylock Partners; Paul Kocher of Cryptography Research; George Hoyem of In-Q-Tel; and Gerhard Eschelbeck of Sophos—have a better sense of the security market pulse right now.

Also, the other judges have a step up on me. Belikove noted she knows more of the entrepreneurs vying in this year’s competition than ever before. And Hoyem said that he’s already seen a number of the companies because they’ve pitched In-Q-Tel.

Nonetheless, the five of us judges were tasked with narrowing down the list of potential candidates. We each selected 10 of our favorites; companies that got two or more votes advanced to the next round. Lo and behold, seven of my choices made it to the second round’s list of 17 companies. We then whittled that group down to 10.

Here’s the top 10 that we announced last week. If you drill deep and look at them more closely, you’ll see some names you recognize, such as Phil Dunkelberger of PGP fame. He’s launched Nok Nok Labs and is one of the 10 finalists.

Nok Nok Labs and the others in the top 10 will publicly present at the RSA Conference on Feb. 25. We’re selecting the most innovative company that day. The companies on stage will have tough rows to hoe. But I’m confident they’ve been judged worthy enough so far.

If you’re there, come check them out. Tell me what you think of the finalists.

Correction: An updated version of this story correctly lists the title of Appthority’s Domingo Guerra as co-founder and president. Anthony Bettini is co-founder and CEO.