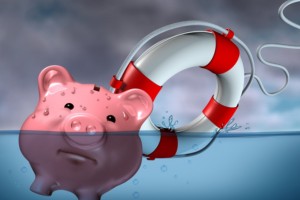 US high-yield energy companies are scrambling to line up billions of dollars of emergency financing ahead of what is likely to be a brutal round of cuts to their revolving loans.

Banks are expected to start reining in the size of many E&P companies’ revolvers in the spring, when the biannual “borrowing base redetermination” of the size of their bread-and-butter asset-based revolvers gets under way.

The worst of the junk-rated companies are staring at a downsizing of their borrowing bases by as much as 10%-15% – if not in the spring session then in the next round of redeterminations in the autumn, if oil prices remain in the US$50 to US$60 a barrel range.

In dollar terms that could mean US$25bn-$37.5bn worth of cuts to revolvers, based on the US$250bn worth of high-yield E&P asset-based loans outstanding.

“The big focus right now for an E&P company is where banks will set its borrowing base in the spring, and whether the re-determination of that base affects its liquidity going forward,” said David Alterman, head of leveraged finance origination and restructuring in North America for Credit Suisse.

Some expect banks to be lenient at first, and offer distressed companies waivers on leverage ratio covenants in the loans so they can seek second-lien loan issuance to pay down over-drawn revolvers.

But if the current consensus plays out, and oil stays lower for longer, bankers expect history to repeat itself and for lenders to eventually start slashing borrowing bases by an average of around 15% in the junk-rated E&P sector, as they did in 2008 and 2009 when oil dropped from US$145 to US$35.

Many such companies are quickly lining up whatever financing they can get, whether it’s second-lien debt issuance, convertible bond offerings, or bespoke structures that offer private investors slices of revenue or stakes in wells in exchange for cash.

“In the short term, companies will reel in capex, but companies that have the capacity to issue secured second-lien debt will consider doing so to ensure they have the appropriate amount of liquidity available to reinvest when prices recover,” said Shap Smith, head of transitional finance at Citigroup.

“It’s still early in the cycle for many companies to determine if they will need extra liquidity beyond their revolvers, but we have seen in many industries that those companies that are proactive are the ones that survive.”

The bond market has divided the E&P high-yield sector into the good, the bad and the ugly, and bankers are weighing up what kind of financings are possible for each category.

Higher-quality Double B names that have bonds yielding in the single digits and more than enough liquidity for 2015 are considering the issuance of second-lien bonds as a prudent measure, even though many have not even drawn on their revolvers.

“There are companies that have reserve-based loans in place that are undrawn or only partly drawn at this point,” said one head of US distressed debt trading at a major bond house.

“Even so, the issue is that loans have short maturities, so some of these companies are looking at extending their liquidity runways by issuing additional second-lien debt with longer maturities.”

The high-yield E&P sector is relatively well hedged at higher oil prices for 2015, but hedging levels drop off a cliff thereafter, raising the prospect of soaring leverage levels and default rates in 2016 if oil stays under US$60 a barrel.

“In 2016, even assuming WTI prices of US$60 a barrel, about 40% of the names we cover will likely have debt-to-Ebitda (ratios) of over five times, as weaker hedges more than offset an increase in assumed oil prices,” said Gary Stromberg, senior high-yield energy analyst at Barclays. “High-yield energy defaults could top 20% in 2016 if oil stays below US$60 a barrel.”

Such a dramatic deterioration in the sector’s creditworthiness puts a fire under those companies that can raise capital to do so sooner rather than later.

“Demonstrated access to capital markets can remove the perceived risks of a liquidity crunch for the issuer in the eyes of its shareholders and bond investors,” said Alterman. “Many companies are either already executing or are considering higher cost or secured financings, and some names are doing so in anticipation that their borrowing base will be lowered.”

Resolute Energy, whose 8.5% May 2020s were bid at 27.5% last Thursday, recently received a US$150m second-lien secured loan with a November 2019 final maturity from Highbridge Principal Strategies, at a cost of 1,000bp over Libor.

Companies with bond yields in the mid-to-high teens are trawling through their bond covenants to see what capacity they have to issue second-lien debt, even though it would mean subordinating their bondholders.

Some E&P companies have issued debt that includes aggressive “permitted lien” language that enables them to push bondholders into accepting bond exchanges below par.

Moody’s and Covenant Review, a research firm, have warned that the most aggressive interpretation of the permitted lien language in some bonds can render limits on debt issuance in other covenants in the same bond irrelevant.

“E&P bond issuers that have this liens covenant loophole in their bonds could potentially use it as a powerful tool to conduct a coercive exchange offer, ” said Anthony Canale, head of high-yield research at research firm Covenant Review.

There are about US$52bn worth of outstanding E&P bonds with such language that are rated by Moody’s, including deals from Energy XXI Gulf Coast, Halcon Resources, Key Energy Services, Memorial Production and Sabine Oil & Gas.

Some companies have tried and failed to get financing, however, because they are too highly leveraged in the eyes of regulators to be considered creditworthy. Those, along with others with negative cashflows and no financing prospects, are among some 20 or more names on distressed lists that could face restructuring.