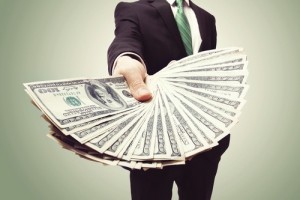 Kelso & Co is offering limited partners in its eighth fund the option to sell their interests at 100 percent of net asset value (as of December 31), according to three people with knowledge of the situation.

It’s not clear why Kelso is offering Fund VIII LPs an exit. One LP said the firm is taking control of the secondary process for Fund VIII, which is sought after on the secondary market.

“Rather than just let secondary deals happen out there willy nilly as they would for any fund, they created this competitive process to capture full fair price for any LP that wants liquidity,” the LP said. “I have a GP managing my money not distracted by background noise related to a frothy secondaries market.”

In a tender offer, the GP chooses a buyer before extending the offer to the LP base. Once a buyer is chosen, the GP informs LPs of the offer and LPs can choose to sell or not. This differs from a fund restructuring, in which LPs usually have the choice of selling or rolling into a new vehicle with the GP on reset terms.

Tenders frequently come with an injection of new capital, but in this case Kelso is offering LPs in Fund VIII an exit with “no strings attached,” said one Fund VIII LP.

“This would be an example of where a GP has come forward with a broad-based liquidity option for LPs, with no strings attached, which is somewhat unique,” the LP said.

Another Kelso LP said the buyer is paying Park Hill’s fee for work on the tender offer process. Who pays the agent differs from deal to deal. Sometimes existing LPs pay the fee.

The tender offer comes as Kelso seeks to raise $2.5 billion for its ninth fund, which has been in the market since May 2014. Keslo has collected $1.7 billion for Kelso Investment Associates IX LP, one of the people said. Kelso is making a 20 percent GP commitment to the fund, Buyouts previously reported.

Kelso expects to close Fund IX by the end of the year, according to a Kelso LP.