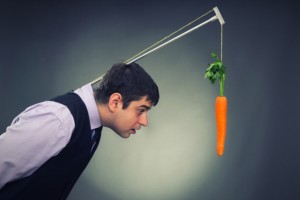 Well, this is impressive.

Kelso & Co, which is in the market targeting $2.5 billion for its ninth fund, is kicking in a $500 million GP commitment, or 20 percent of the target, according to public documents obtained by peHUB.

This level of GP commitment is almost unheard of in the private equity industry, with GP commitments hovering around an average of 2 percent of committed capital. Several firms such as Bain Capital and The Carlyle Group have received accolades for their double digit GP commitments.
(It’s not clear if the $500 million is in the form of cash, or waivers of management fees. More on that below.)

“This level of commitment exceeds the typical amount managers commit in percentage terms and provides a strong alignment of interest,” according to an investment memo from the Maine Public Employees Retirement System. Maine PERS board approved a $60 million commitment to Kelso Investment Associates IX LP at its meeting this month, subject to negotiations. The pension system provided the public documents to peHUB after an open records request.

“Kelso has a long history of heavily investing in its own funds,” the memo said. An investment memo from the Los Angeles City Employees’ Retirement System from 2007 said Kelso was contributing around 5 percent to its eighth fund, though it’s not clear if that remained the level of GP commitment by the time the fund closed.

“Their GP commitment has always been huge,” one limited partner with knowledge of the firm told me in a recent interview. Kelso did not respond to requests for comment.

The GP commitment is usually one of the top issues on which LPs focus when considering backing a manager. About 60 percent of the 137 respondents to placement agency Probitas Partners’ 2014 institutional investor trends survey cited GP commitment level as the top issue they considered when assessing an opportunity. GP commitment eclipsed other important issues in the survey such as distribution of carried interest among professionals, management fee level and structure of key-man provisions.

Trade organization the Institutional Limited Partners Association recommends GPs kick in their own money for the GP commitment, rather than using management fees to pay for their commitments to their own funds. Management fee waivers, however, have the double advantage of funding the GP commitment and converting a portion of the management fee, which would be taxed as ordinary income, into fund capital, to be taxed at the lower capital gains rate.

Along with the GP commitment, several other terms caught Maine PERS’ fancy. The investment staff liked Kelso’s carried interest distribution, which is “spread broadly throughout the firm,” according to the memo. Every employee at Kelso participates in the carried interest pool, including administrative assistants, the memo said.

The fund is charging a 0.75 percent management fee on committed capital during the investment period, according to a separate memo from investment adviser Cliffwater, which recommended Maine commit to the fund.

Also, the management fee will be offset by 100 percent of all transactions, investment banking, break-up, monitoring, directors’ as well as 100 percent of all placement agent fees and excess organizational expenses, Cliffwater said.

Kelso, which began investing in private equity in 1980, is targeting much less for Fund IX than the prior fund, which closed on $5.1 billion in 2008. Fund VIII was generating a 1.1x investment multiple and a 6.3 percent internal rate of return as of Dec. 31, 2013, according to performance information from the Nevada Public Employees’ Retirement System.

Since inception, Kelso has produced a net internal rate of return of 22.9 percent and a net multiple of invested capital of 2.1x on fully invested funds, the Maine memo said.

Fund VIII started out slowly but has improved over time. “It’s possible that Kelso’s best performing funds are in the past,” the Maine memo said.

However, “Kelso is highly motivated to redress the perceived issues with Fund VIII, it has the experience to execute, and now has a more favorable fee structure,” the investment memo said. “Kelso’s eighth fund is anticipated to deliver solid returns on a cash-on-cash basis, despite taking a little longer to do so.”