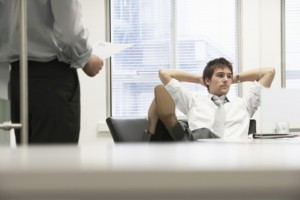 Kelso & Co completed a tender offer for its eighth fund with between $150 million to $500 million of limited partner interests sold to buyer Ardian, according to four sources familiar with the deal.

The cap was $1 billion, the four sources said. In a tender offer, the GP chooses a buyer before extending the offer to the LP base. Once a buyer is chosen, the GP informs LPs, who can choose to sell or not.

In this case, Ardian offered to buy LP stakes at 100 percent of net asset value as of December 31, 2014, sources told Buyouts in previous interviews.

Update: Sources differed on how much was actually sold. Several sources pegged the sale total at $150 million to $300 million, while Emma Murphy, a spokeswoman with Ardian, said the sale was more than $300 million. “The actual number was significantly higher [than $300 million],” she said, declining to name an exact figure.

“There’s been a number of [tender offers] that fell through or didn’t reach anywhere near expected volume,” said one buyer on the secondary market.

Kelso had offered the sale to LPs in its $5.1 billion Fund VIII, which closed in 2008. Fund VIII netted a 12 percent internal rate of return and a 1.43x multiple as of June 30, 2015, according to alternative assets data provider Bison.

The sale process was run by Park Hill Group. Kelso launched the tender offer after it heard from a few LPs who were interested in selling out of their interests in Fund VIII, sources said. Sometimes LPs sell fund stakes if they have no plans to re-up in a GP’s next fund.

Kelso, meanwhile, is in the market raising its ninth fund targeting $2.5 billion. The firm expects to close Fund IX in March, sources told Buyouts. Ardian made a commitment to Fund IX separate from the tender offer.