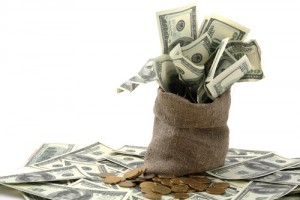 Strategic Value Partners LLC, the $4 billion hedge fund and private equity house started by distressed investing guru Victor Khosla, has secured close to $270 million in approvals and commitments for a distress-for-control European opportunities buyout fund, according to a source close to the firm.

The target for the fund, Strategic Value European Opportunities (USD) Offshore Fund II LP, is $750 million, according to the source. The firm is already putting the fund to work, having made one investment in the United Kingdom and one in Germany, the source said.

Strategic Value manages several hedge fund and private equity funds that invest globally with a distressed debt and turnaround approach. Khosla, the CEO of the firm, founded Strategic Value in 2001 after a career that included stints as president of Cerberus Capital Management and co-head of the distressed products group at Merrill Lynch & Co. The firm is based in Greenwich, Conn., with offices in the United Kingdom, Germany, Tokyo and Luxembourg, according to Capital IQ.

In January, Khosla outlined several factors that make Europe attractive for distressed-debt investing, including $1 trillion of high-yield bonds and loans issued between 2002 and 2007 to support the emerging leveraged buyout market there; the recession, which goes hand-in-hand with distressed debt; and European banks under regulatory pressure to sell assets. In the first 10 months of 2011, the firm had invested $1.4 billion, about two-thirds of it in Europe, Khosla told Fortune.

“Europe today is like JFK Airport at rush hour, and all the commercial banks are lined up to sell their debt,” he said.

Strategic Value is one of several private equity firms, including The Carlyle Group, Apollo Global Management, Cerberus Capital and Oaktree Capital Management scouring Europe for discounts on debt and companies as the region struggles to stabilize itself. Marlin Equity Partners, a Hermosa Beach, Calif.-based buyout shop focused on struggling companies, is in the process of setting up an office in London to be closer to the opportunities, as Buyouts previously reported.