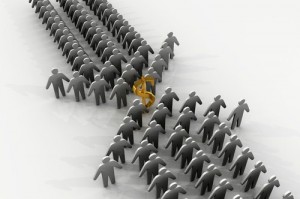 Crowdfunding platform Kickstarter announced it has opened up to Canadian projects, and in August will host logistical workshops in Toronto and Montréal. Starting Monday, Sept. 9, Canadians will be able to launch their projects via the crowdfunding platform. The New York-based company, founded in 2009, has engaged more than 4.6 million people in pledges and funded more than 46,000 projects totaling US$734 million. Enterprises that have been supported by Kickstarter include smart-watch maker Pebble Technology, which was launched by Canadian entrepreneur Eric Migicovsky, a University of Waterloo engineering graduate.

In June we announced that Kickstarter would open up to Canada-based projects for the first time this summer. Today we’re happy to announce that that day has finally come!

Let’s run through the basics on how things will work.

So Canada-based creators can start building their Kickstarter projects as early as today, and launch them beginning September 9?

Yes. We thought the month-long gap would give everyone plenty of time to build and tweak their projects before launching. Beginning September 9, they can launch and share their projects with the world.

Will there be a Canada-specific Kickstarter site?

Nope. Canada-based projects will be listed alongside all the other Kickstarter projects.

Can people outside Canada pledge to Canada-based projects?

Yes! Just like every other project on Kickstarter, backers can pledge to Canada-based projects from all around the world.

What currency will Canadian projects be listed in?

All Canada-based projects will be listed in Canadian dollars. If you are pledging from outside Canada, you will see the approximate conversion rate to US dollars before you complete your pledge.

Will backing Canadian projects be similar to backing US projects?

The mechanics of Kickstarter (all-or-nothing funding, rewards, etc.) are identical for all projects. When pledging, however, backers of Canadian projects will enter their payment information directly on Kickstarter rather than through Amazon Payments. All pledges will be processed securely through a third-party payments processor.

Are the fees for Canada-based projects the same as UK and US projects?

If a project is not successfully funded, there are no fees.

Will Kickstarter host workshops for Canadian creators leading up to the launch?

We’re glad you asked! Yes, we will be hosting several workshops that will walk through building a project. There are three events this week, in fact: August 8 and 9 in Toronto, and August 12 and 13 in Montreal, with more events to come. Full details can be found here. Hope to see you there!