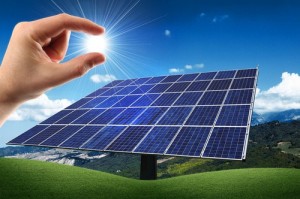 The infrastructure investment arm of Kohlberg Kravis Roberts & Co. has acquired three solar photo-voltaic energy projects (SSM Solar) based in Sault Ste. Marie, Ontario. SSM Solar, which has a total capacity of 69MWdc and 60MWac, was sold to KKR for an undisclosed price by Starwood Energy Group Global LLC, an affiliate of Starwood Capital, a private equity firm based in Greenwich, Connecticut. During its period of ownership, Starwood Energy oversaw the construction and operation of the Ontario solar facilities. The final phase of development was concluded in 2012.

“Ontario has been at the forefront of encouraging new development to bring additional renewables capacity online, and with this acquisition, we are playing a meaningful role in the growth of renewables in the province,” said Raj Agrawal, KKR’s Head of North American Infrastructure. “When it comes to infrastructure, renewable energy is one of our top priorities; not only is the sector a critical part of energy supply diversity, but these investments can also provide investors with highly predictable long-term income streams.”

Ontario, with a population of 13.5 million, is the largest power market in Canada with 38.3GW of installed capacity and peak demand of approximately 24 GW. The Ontario solar market is one of the fastest growing utility scale solar markets globally. Starting in 2006, Ontario put in place specific programs to encourage development of renewables capacity, including OPA RESOP and FiT programs, which offer economic incentives in the form of long-term power purchase agreements. These programs also standardize environmental approvals and offer priority access to renewables to connect the electric grid.

Founded in 1976 and led by Henry Kravis and George Roberts, KKR is a leading global investment firm with $77.5 billion in assets under management as of December 31, 2012. With offices around the world, KKR manages assets through a variety of investment funds and accounts covering multiple asset classes. KKR seeks to create value by bringing operational expertise to its portfolio companies and through active oversight and monitoring of its investments. KKR complements its investment expertise and strengthens interactions with investors through its client relationships and capital markets platform. KKR & Co. L.P. is publicly traded on the New York Stock Exchange (NYSE: KKR), and “KKR,” as used in this release, includes its subsidiaries, their managed investment funds and accounts, and/or their affiliated investment vehicles, as appropriate. For additional information, please visit KKR’s website at www.kkr.com.