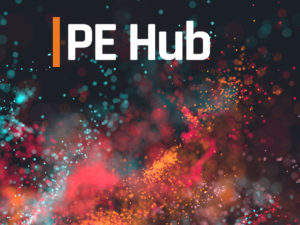 KKR and music company BMG are teaming up to buy music catalogs. No financial terms were disclosed. Latham & Watkins LLP served as legal advisor to KKR on the deal.

BERLIN & NEW YORK & GÜTERSLOH, Gemany–(BUSINESS WIRE)–Global music company BMG and global investment firm KKR today announced they will join forces to pursue recorded music, music publishing and other music rights acquisitions. Working together, the companies will deliver a compelling solution for artists, songwriters and other music rights owners seeking to realize and grow the value of their music assets.

Under the terms of the agreement, BMG and KKR will join forces to source individual transactions to acquire music catalogs, bringing together BMG’s deep industry knowledge and global capabilities in maximizing value for its artists with KKR’s vast network, resources and deep experience as an investor in market-leading music, digital, media and content businesses. The agreement to collaborate positions BMG and KKR as leading acquirers of music rights with world-class catalog management capabilities and the ability to invest in transactions of all sizes. The new relationship does not involve any transfer or sale of equity in BMG or the formation of a joint venture between KKR and BMG, which is part of the international media, services and education company Bertelsmann.

Bertelsmann Chairman & CEO Thomas Rabe said: “BMG and KKR can jointly pursue opportunities for acquisitions of major catalogs of music rights from now on. Together with KKR, we are ideally positioned to make attractive offers to rights owners.” Rabe recalled the two companies’ successful collaboration in the past: “KKR was already the ideal partner and catalyst once before, following the reestablishment of our music subsidiary in 2008. We subsequently bought back all of the BMG shares held by KKR in 2013 and since then, BMG has developed into one of the most successful music companies of the streaming age, and one of Bertelsmann’s three global content businesses. Now we will ignite the next stage with KKR.”

Richard Sarnoff, Partner at KKR and previously a longstanding executive at Bertelsmann, said, “BMG has become an innovative leader in the music industry by embracing digital trends early on, while always placing artists at the center of everything they do. We are delighted to reunite with BMG’s talented team to pursue future opportunities together, leveraging our complementary platforms.”

BMG CEO Hartwig Masuch said, “Our early partnership with KKR helped us rapidly become the first new international music company of the streaming age winning the trust of artists and songwriters with great service and 21st century levels of fairness and transparency. This new relationship with KKR will offer artists and songwriters a well-funded, financially stable home for their music assets with the confidence that their songs and recordings will be managed both professionally and respectfully.”

Over the last decade, BMG has been among the music industry’s most prolific acquirers of music rights, concluding more than 100 significant deals between 2009 and 2017, many of them during the time of KKR’s shareholding in BMG from 2009 to 2013. Transactions include music publishing investments in the Chrysalis, Crosstown, Cherry Lane, Bug and R2M catalogs; in recordings the Sanctuary, Mute, Skint/Loaded and Strictly Rhythm catalogs; and the Infectious, Vagrant, S-Curve, Rise and BBR Music Group labels.
In addition to its prior investment in BMG, KKR has invested in well-known music businesses such as Gibson Brands and Alpha Theta (f.k.a. Pioneer DJ). The firm also has broad experience investing in the digital media and content sectors, including investments in ByteDance (TikTok), Jio Platforms (JioSaavn), Epic Games, AppLovin, OverDrive, RBmedia, WebMD, UFC, Leonine, Next Issue Media and Nielsen.

BMG and KKR have recently completed transactions to acquire music rights from leading artists. In January 2021, KKR announced the acquisition of a majority stake in the music catalog of songwriter, musician, producer and lead vocalist of OneRepublic, Ryan Tedder, including music publishing and recorded music rights. In the same month BMG announced it had acquired outright Fleetwood Mac co-founder Mick Fleetwood’s interests in the band’s recordings.

For Bertelsmann, the alliance between BMG and KKR is another milestone in the expansion of its global content businesses, this time in the music market, following the planned acquisition of the U.S. publisher Simon & Schuster in the book business. The rationale behind it is the worldwide increase in demand for high-quality media content. Besides BMG, Bertelsmann’s global content businesses include the world’s largest trade book publishing group, Penguin Random House, and the video production company Fremantle.

About BMG
Founded in 2008, BMG is both record label and music publisher in one, the first new global player in the music business of the streaming age. Named in 2020 one of the world’s Most Innovative Companies by Fast Company, BMG’s pitch is unique – a relentless focus on fairness and transparency and service to its artist and songwriter clients. BMG’s 19 offices across 12 core music markets now represent over 3m songs and recordings, and thousands of artists and songwriters attracted by its fresh approach which now includes production music, film and books as well as music publishing and recordings. BMG is owned by international media, services and education company Bertelsmann, whose other content businesses include the broadcaster RTL Group, the trade book publisher Penguin Random House and the magazine publisher Gruner + Jahr. With its multi-platform perspective, integrated technology platform and commitment to help artists maximize their income, BMG aims to be the best company in music to do business with. www.bmg.com

About KKR
KKR is a leading global investment firm that offers alternative asset management and capital markets and insurance solutions. KKR aims to generate attractive investment returns by following a patient and disciplined investment approach, employing world-class people, and supporting growth in its portfolio companies and communities. KKR sponsors investment funds that invest in private equity, credit and real assets and has strategic partners that manage hedge funds. KKR’s insurance subsidiaries offer retirement, life and reinsurance products under the management of The Global Atlantic Financial Group. References to KKR’s investments may include the activities of its sponsored funds and insurance subsidiaries. For additional information about KKR & Co. Inc. (NYSE: KKR), please visit KKR’s website at www.kkr.com and on Twitter @KKR_Co.