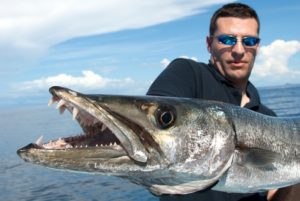 Tech Tuesday. Technology is dominating the news morning, and my inbox is overflowing with private equity deal announcements in the sector.

In the world of public companies, Saudi Arabia’s sovereign-wealth fund has been busy this year spending revenue from high oil prices to diversity its investments.

The Public Investment Fund has poured $7.5 billion into American companies, including leading technology providers, such as Amazon.com, Alphabet and Microsoft, according to securities filings.

Maybe Saudi Arabia sees the sell-off in US tech stocks as a buying opportunity. Speaking of the sell-off, it’s being reported that Elliott Management sold off most of its holdings in Japan’s SoftBank earlier this year.

But private equity-backed tech deals keep on ticking. Today, KKR said it has closed its purchase of Barracuda Networks, a cloud-based cybersecurity provider for small and medium sized enterprises, from Thoma Bravo. The deal reportedly values Barracuda at about $4 billion.

“We continue to see cybersecurity as a highly attractive sector and are excited to back a clear leader in the space,” said John Park, head of Americas technology private equity at KKR, when the New York PE firm announced the deal back in April. “Given its proven track record of growth and innovation, we believe that Barracuda has the right team and model to capture business in this growing market.”

Under the ownership of Thoma Bravo, which is headquartered in San Francisco and Chicago, the Campbell, California-based cybersecurity company added to its offerings, improved its operations, and executed strategic acquisitions – moves that “propelled the company to profitable and accelerating growth at over $500 million of revenue,” according to the deal announcement.

Barracuda will also implement KKR’s employee ownership program. The firm said the strategy is based on the belief that employee engagement is a key driver in building stronger companies. Since 2011, KKR has awarded billions of dollars of total equity value to over 45,000 non-management employees across more than 25 companies.

As for Thoma Bravo, the firm also announced a deal closing today. It completed the purchase of Mercell Holding, a provider of e-tendering and procurement systems headquartered in Oslo, Norway. For more on that deal, see PE Hub Europe.

Here are some more tech deals that hit my inbox this morning:

Crestview Partners has made a significant investment in Digicomm International, a value-added broadband distributor and reseller founded in 1993 by Rob Donziger.

For ongoing coverage of deal announcements, see the News in Brief section of PE Hub.

And if you’ve got news to share, please send deal announcements to Iris Dorbian at idorbian@buyoutsinsider.com and to me at mk.flynn@peimedia.com

That’ll do it for me today. I’ll be back with more tomorrow.