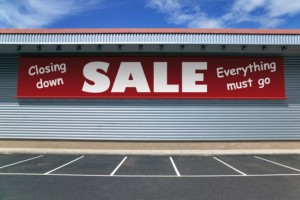 KKR & Co LP said on Sunday it had decided to terminate a hedge fund that invested in stocks which the private equity firm had launched in 2011 after poaching a team of proprietary traders from investment bank Goldman Sachs Group Inc.

The move shows some of the challenges that alternative asset managers still face in capitalizing on the retrenchment of banks from some investment activities that regulators and lawmakers cracked down on in the aftermath of the 2008 financial crisis.

In 2010, KKR co-founders Henry Kravis and George Roberts had described the hiring of nine members of Goldman Sachs’ proprietary trading group, led by Bob Howard, as an ideal fit with their objective of strengthening KKR’s product offering.

The co-ordinated exodus of an entire team from Goldman Sachs remains to this day one of the most striking examples of the impact of the “Volcker rule,” which limits the extent to which banks can bet on some investments with their own capital.

Attributing the latest move to a lack of scale and a focus on other hedge fund products, a KKR spokeswoman said the New York-based firm had decided to close its KKR Equity Strategies fund and return its capital to investors, confirming an earlier report in the Wall Street Journal.

As a result, the former Goldman Sachs traders will be part of about a dozen people to leave KKR, according to a person familiar with the matter and not authorized to discuss such details publicly. Howard will now serve as senior adviser to KKR, the person added.

Launched in August 2011, the KKR Equity Strategies fund had $510 million in assets as of the start of May, $337 million of which came from external investors and the rest from KKR and its investment staff. The fund had less than 20 external investors.

Since inception, KKR Equity Strategies has reported an annualized return of around 5 percent, according to the source.

The fund’s liquidation leaves KKR with two other hedge funds that focus on credit investment and manage about $800 million in total. Prisma, a fund-of-hedge funds manager that KKR acquired in 2012, now has more than $10 billion in assets.

KKR also has a strategy of buying stakes in other hedge funds managers. Its first such deal came in 2013 with its acquisition of a 24.9 percent stake in Nephila, which makes natural catastrophe and weather risk-related investments.

The move should not adversely impact KKR’s fee-related earnings and will free up some capital to get redeployed, Katz added.

KKR had $102.3 billion in assets under management as of the end of March, $60.5 billion of which was in private funds such as private equity and real estate, and about $30 billion in credit assets.

The firm suffered another blow to its expansion plans in February when it disclosed it would liquidate two funds targeting individual, rather than institutional, investors.

An investment firm that has partnered with KKR has since then registered a new fund with the U.S. Securities and Exchange Commission that would allow accredited investors to invest as little as $10,000 in KKR’s core business of buying and selling companies.