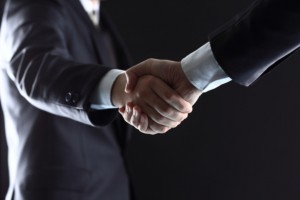 KKR & Co LP (KKR.N) said on Thursday it named Alexander Navab sole head of its Americas private equity business after a review resulted in Michael Michelson’s giving up his title as co-head alongside Navab to return to full-time investing.

“This is about putting one of our best players back on the field,” a KKR spokeswoman said about Michelson when contacted by Reuters, declining to comment further on the change.

Michelson played a key role in some of KKR’s biggest deals, including the $32.1 billion acquisition of hospital operator HCA Holdings Inc (HCA.N) in 2006 and the $11.4 billion takeover of orthopedic products maker Biomet Inc in 2007.

In a memo sent to KKR private equity fund investors last month and obtained by Reuters on Thursday, Kravis and Roberts wrote that they believed the change would simplify KKR’s management structure and enhance its focus on performance and innovative investing.

Navab, 48, joined KKR in 1993 and is seen as a possible successor to co-chief executives Kravis and Roberts, both aged 70. Other senior leaders in the firm that are viewed as potential successors include Scott Nuttall, who is head of KKR’s global capital and asset management group, and Joseph Bae, who is managing partner of KKR Asia.

KKR’s new approach to the leadership of its Americas private equity team contrasts with that of its peer Carlyle Group LP (CG.O), which has co-heads for most of its businesses. Carlyle’s U.S. private equity team is co-led by Allan Holt and Peter Clare.

KKR had $60.5 billion in buyout funds and other private funds as of the end of March, accounting for 59 percent of the firm’s assets under management.

KKR has returned about $12 billion to its private equity fund investors from its North American portfolios since 2012, and its latest $9 billion North America fund has committed or invested more than 45 percent of its capital since it started investing in November 2012, according to the memo.