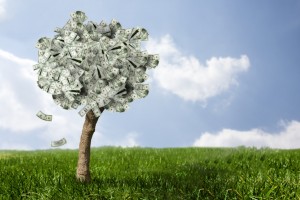 Kohlberg Investors VII LP surpassed the pool’s $1.5 billion target and closed Tuesday at the hard cap, according to a statement. Fund VII has about 50 LPs including: Hamilton Lane Advisors, Partners Group, Teacher Retirement System of Texas, the School Employees Retirement System of Ohio, the State of Wisconsin Investment Board, Allstate Insurance Co. and Metropolitan Life Insurance Co., a source said. Kohlberg Fund VII added some new investors such as PKA-AIP, the Denmark pension fund, as well as the Development Bank of Japan and Norinchukin Bank, the person said.

“We received strong investor demand for this fund, and are deeply gratified by the continued support from our existing limited partners and pleased to welcome the limited partners who have joined our investor group,” said Sam Frieder, Kohlberg’s managing partner, in a statement.

PE firms typically spend roughly 18 months fundraising. Marketing for Kohlberg’s Fund VII began in 2011, the source said. Kohlberg hit a first close of about $520 million in September of that year. The PE firm spent a year actively marketing for Fund VII, the person said. The balance of the time was spent on processing, due diligence and closing out investors, the source said.

With Fund VII, Kohlberg set out to diversify its investor base and spent more time marketing in Asia and Europe, the source said. This resulted in more than 20% of committed capital coming from LPs located outside of the U.S., primarily in Europe and Asia,  Frieder said. By comparison, Kohlberg Fund VI had 10% of its LPs from outside the U.S.

Fund VII is already 10% invested in two deals, the source said. In July, Kohlberg acquired Aurora Casket Co., a designer and maker of funeral products. The deal was valued at $170 million and Kohlberg invested $70 million of equity, the source said. Kohlberg, in March, completed a dividend recap of the Aurora, Ind.-based company and returned half of its invested capital to investors, the person said.

The PE firm also bought Sabre Industries, of Alvarado, Texas, in September. Sabre produces and makes engineered structures—like towers and polls that are seen along a highway—that are used for electrical infrastructure and wireless networks. The deal was valued at $310 million and Kohlberg invested $75 million of equity. Another $53 million came from co-investors, the source said.