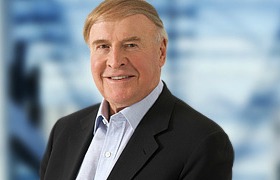 Thirteen, it seems, is enough.

C. Richard Kramlich isn’t listed as a general partner on New Enterprise Associates’ fourteenth fund, and sources tell peHUB that the co-founder of the storied venture capital firm has substantially dialed back his activity with NEA. Kramlich has spoken with numerous colleagues about retiring, and limited partners in the firm’s fourteenth fund expect that he’ll have little to no involvement with it.

However, up until—and through—the VC’s thirteenth fund, Kramlich was very active with NEA, as a general partner, even moving to Shanghai to help form the firm’s China practice. He co-founded the venture capital firm in 1978, and went on to help develop companies including Juniper Networks, Ascend Communications and Macromedia.

Earlier this year, peHUB exclusively reported that NEA would pursue about $2.5 billion for its upcoming fund, the latest in a series of multi-billion dollar funds for the venture capital firm. Most of the firm’s recent vintages have been top-quartile performers. NEA is expected to close its 14th fund this summer.

Kramlich has overseen a generational shift for the VC industry. When he helped launch NEA a quarter-century ago, the firm’s first fund reeled in a meager $16.4 million. Earlier this year, when Kramlich spoke at Harvard Business School, he said 2011 (in part thanks to Groupon’s mega-returns) was NEA’s best year yet from a liquidity standpoint. The re-opening of the IPO window provided the firm with nearly $4 billion in exits, he said.

Recently, it seems, the venture capital business has seen a series of personnel shakeups leading to shuffling of senior ranks at VC firms. Sequoia Capital’s Mike Moritz told LPs that he’ll be stepping back from the business, due to health problems. Kramlich has not had much involvement with NEA’s individual investments recently, though he still has a number of board seats with the VC’s portfolio companies.

peHUB contacted multiple individuals with NEA for this story, none of whom provided comment by press time.