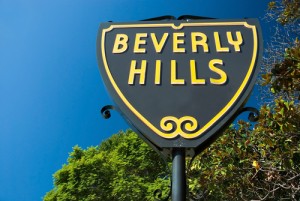 It looks like L.A. may have a new venture capital firm. Velos Partners of Beverly Hills is on the hunt for $50 million, according to an SEC filing.

The firm’s managing directors are James Bailey and Raj Ganguly. Bailey was most recently an associate at GRP Partners, whose highest-profile partner is Mark Suster. (GRP itself recently finished raising its fourth fund, according to Fortune, closing on $175 million in March.) Bailey, who graduated from Harvard College in 2009, joined GRP in January 2010, according to his LinkedIn profile. His profile also lists stints as an analyst at TA Associates and an associate at Highland Capital Partners.

Ganguly, meanwhile, has spent the last six years at Bain Capital in Boston, where he remains a senior vice president with its private equity group, according to both his LinkedIn profile and Bain Capital’s site. Ganguly also spent three years at McKinsey & Company, where he was a senior manager. Ganguly attended the University of Pennsylvania and has an MBA from Harvard Business School.

Velos Partners doesn’t list any information on its site currently. The team has not responded to a request for comment.

According to the filing, Velos Partners has yet to sale a stake to an LP. But it has already participated in an least one deal. In January, it was listed as an investor in a $3 million Series A investment for ChowNow, a startup that aims to make it easy for restaurants to provide online ordering to their customers, either via the restaurants’ Facebook pages or through customized, branded iPhone and iPad mobile apps. GRP Partners led the round, which also included Karlin Ventures, Double M Capital, and Daher Capital.

Investment in Los Angeles- and Orange County-based companies has been somewhat constant since 2009, according to NVCA data. In 2009, investors poured $1.06 billion into regional startups, and that number climbed to $1.39 billion last year. Investment in the region peaked in 2008, when VCs invested more $2 billion.