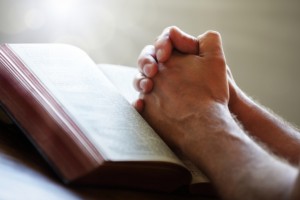 The Christ Church Cathedral of Indianapolis, which is endowed by heirs to the estate of drug company founder Eli Lilly, alleged that the trust accounts lost about $13 million in value between 2004 and 2013 after JPMorgan used church funds to buy 177 different investment products that generated the highest revenues to the firm, according to the complaint.

The firm, as the sole trustee for the trust accounts, breached its responsibility to act in the church’s best interests, the church alleged.

JPMorgan invested between 68 percent and 85 percent of the church trusts’ portfolio in proprietary products, or those branded with the firm’s name, according to a complaint. The investments, which included private equity and hedge funds, were also “clearly unsuitable” and performed poorly, the church said.

Other types of investments included structured notes, a risky complex security whose performance is linked to the performance of another underlying investment, such as a foreign currency.

Many of the investments were sold at substantial losses, the church said.

JPMorgan used a “guided architecture” platform to help it select investments for the trusts that would be more profitable to the bank than other choices, the church alleged. Proprietary products are typically more expensive for investors and generate more fees for the firm.

Most of the products in the church’s portfolio earned “substantial revenues” for JPMorgan in disclosed and undisclosed fees, expenses, and payments from third parties who wanted JPMorgan to underwrite and include their investments on its platform of approved products for clients, the church alleged.

JPMorgan’s assets, during the same period, ballooned from $1 trillion to $2.4 trillion, while its net revenues increased from $43 billion to $96.6 billion, according to the church.