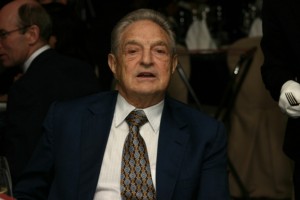 LeapFrog Investments, a private equity firm backed by George Soros and JP Morgan, said it has raised $400 million for socially responsible investments in Asia and Africa – the largest ever for a fund specialising in low-income emerging market financial services.

The fund, LeapFrog’s second such fund, was three times the size of first raised and was oversubscribed, underscoring the increasing popularity of so-called “impact investing”.

[contextly_sidebar id=”d3IhTmtxb2vE3pktrsOV32YOlXtKzzD1″]”Here you have these institutions seeing that there is an enormous opportunity in the emerging consumer – people who have yet to enter the middle class, and that’s a big deal,” said Andrew Kuper, LeapFrog’s Sydney-based chief executive.
LeapFrog, with over $500 million of assets under management, has small-ticket investments in companies providing insurance, savings, pensions and payments services – usually for customers earning under $10 a day.

LeapFrog estimates that worldwide, the annual collective spending power of such customers will rise to $5 trillion by 2022 from around $2 trillion in 2012.

It also invests in markets most players refrain from. For example, it has a stake in South Africa’s All Life, which provides insurance cover to HIV patients.

Investment bank JPMorgan and think tank Global Impact Investing Network estimate there is $46 billion in impact investments under management. While experts say this figure is growing, it is only a fraction of the $210 trillion invested in financial markets around the world.

While Kuper did not disclose the rate of return or any other performance metric for the fund, he said the firm’s portfolio of companies showed an average 40.6 percent increase in operating revenue and a 39 percent rise in profitability last year.

This year, it sold its majority stake in Ghana life insurer Express Life to Prudential PLC, marking the entry of one of the world’s biggest insurers into direct insurance in Africa. ($1 = 1.0796 Australian dollar)