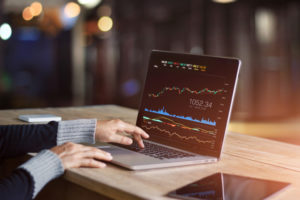 Employee ownership. “Today is the official public launch of Ownership Works, a new nonprofit with a mission to increase prosperity by sharing ownership with all workers!” writes Anna-Lisa Miller, executive director of Ownership Works, in a post on LinkedIn. The nonprofit organization is backed by 60+ partners, including investment firms KKR, Apollo, Ares, Goldman Sachs, Silver Lake, TPG, Warburg Pincus, and pension funds, such as California Public Employees’ Retirement System and Washington State Investment Board.

It’s the brainchild of Pete Stavros, co-head of private equity for the Americas at KKR and a long-time advocate of employee ownership. “The son of a road grader for a construction company who sought but never achieved profit-sharing, Mr. Stavros has devoted much of his career to studying the benefits of shared ownership,” reports the Wall Street Journal, which broke the story. “He and his wife, Lindsay Stavros, personally donated $10 million of the more than $50 million the organization has raised.”

The participating PE firms have pledged to institute employee ownership at a minimum of three portfolio companies by the end of 2023.

“Right now, ownership tends to be concentrated among senior management, and there’s a sense that they are the value creators,” Miller told the Journal. “This is about shifting that mind-set to see employees as true value creators.”

Road work ahead. Forty percent of the US road network system is in poor or mediocre condition, according to the 2021 Report Card for America’s Infrastructure. The sector presents a great opportunity for investment, especially as the US prepares to invest in infrastructure, including roads and bridges, through the bipartisan Infrastructure Investment and Jobs Act.

One PE-backed company leveraging the opportunity is RoadSafe Traffic Systems. In the year since Investcorp and Trilantic North America bought the Chicago-based provider of traffic control and pavement-marking services, it has been on an acquisitive growth path. The company has closed five deals, including the purchases of Liddell Bros and Liddell Leasing, announced last month.

Fleischmann told Obey that most of RoadSafe’s deals are non-marketed transactions, and the firm does not go through a broker or an auction process. Rather, the deals came out of relationships that the management team cultivated and developed over many years within the industry.

“We really think that the team has made themselves, both reputationally in how they behave and how they treat acquisitions, as the acquirer of choice within our markets,” Fleischmann said referring to RoadSafe.

Early in the partnership, the PE firms sat down with management to hone RoadSafe’s growth path and set a standard on the quality of companies to pursue. Fleischmann and Gaind said they will continue to support RoadSafe’s management and perfect its M&A playbook for a continued aggressive growth.

Fleischmann said: “We are really focused on finding businesses that complement the footprint that we already have in place, and these businesses tend to be ones that work with safety and have strong company cultures in them, companies that take care of their employees and deliver excellent service to their customers.”

Banks seek GP-led talent. “As private equity secondaries heads for what is expected to be another record year for deals, mid-market investment banks are scrambling to bring on executives with experience in continuation funds to compete in the frenetic market,” writes Chris. “The fear is losing out on M&A mandates with sponsors because they don’t have the ability to offer the continuation fund option as part of a firm’s exit options for portfolio companies, sources told Buyouts.”

Chris continues: “GP-led deals require a different set of skills than working with LPs on selling portfolios of fund stakes. Deals like single-asset continuation funds require the mindset of a dealmaker as well as an understanding of LP relationships, sources have told Buyouts in the past. This set of skills is not easy to find, and not something specifically taught in business school, which has led to a talent gap as deal activity continues to grow. Those with secondaries experience are in high demand. Mid-market focused investment banks William Blair, Baird, Piper Jaffray and Solomon Partners have all been on the hunt for GP-led talent, five sources told Buyouts in recent interviews. Spokespeople for the banks did not respond to comment requests Monday.”

That’s it for now. Chris usually writes the Wire on Wednesdays, but he’ll be at a conference tomorrow, so I’ll be on duty.