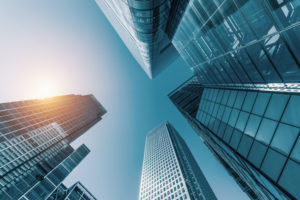 Reminder: A quick call to action. We’re starting to work on our annual Women in PE feature that runs in March. We’re looking for recommendations from you, Dear Reader, on great up-and-coming women in the industry. We’re mostly interested in women working on the deal side of the business, since that is the area that has traditionally been dominated by men, but we will include women who work in IR and on the LP side of the biz. Send your recs to me here.

We’ll be featuring 10 mini-profiles of up-and-coming women in the business as the March cover story, along with a deep dive feature into the issue.

Passing: News this weekend that Donald Marron, founder and chairman emeritus of Lightyear Capital, died of an apparent heart attack, according to various reports. Read it here.

Leonard Green’s Jade fund is led by Baumer and Evan Hershberg, who joined the firm from ONCAP in January 2019. Baumer also will continue to lead Leonard Green’s healthcare investing across platforms, a person with knowledge of the firm said. Read our news brief here.

The Jade fund is a unique move for Leonard Green, which is one of the last single-office, single-fund firms in the market. Most firms that hit fundraising levels in the double digits have generally expanded into multiple offices, broad partner groups and even numerous strategies.

The firm in 2017 took a minority investment from Blackstone Group for a less than 15 percent stake in the firm. The investment represented a payout for around 30 professionals at the firm, Buyouts reported at the time. Check it out.

Reporter Kirk “The Falcon” Falconer uncovered information about super-secret PE firm Rhône Group, which is in market targeting more than 3 billion euros ($3.3 billion) for its sixth flagship fund. The information was disclosed by French investment firm Eurazeo, which holds a minority interest in Rhône.

Rhône was formed in 1996 by Managing Directors Robert Agostinelli and Steven Langman. As of Dec. 31, 2018, the firm managed about $5.1 billion, according to its Form ADV. Check out Kirk’s story here.

Sarah Pringle, editor of PE Hub, has a story that Thomas H. Lee Partners agree to buy Centria Healthcare. The deal, which concluded a Moelis-run auction that kicked off in the summer, provides an exit for shareholders Martis Capital and Lorient Capital. Check it out here.

That’s it! Have a great Monday. Hit me up as always with tips n’ gossip, feedback or just to chat at cwitkowsky@buyoutsinsider.com, on Twitter or find me on LinkedIn.