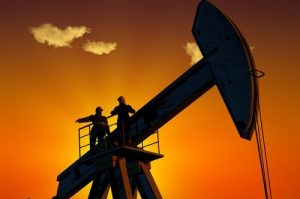 Canadian private equity firm Lex Capital Management has secured $142.5 million for its third energy fund, Lex Energy Partners LP III. The fund surpassed its target of $75 million, and approached its hard cap of $150 million, thanks to commitments from Canadian and U.S.-based high net worth individuals, pension funds, foundations, family offices and other institutional investors. Lex Capital CIO Dean Popil said Fund III will focus on “the growing pipeline of opportunities that we are currently seeing in this low price environment.” Deals involving early-stage oil companies operating in Saskatchewan and other parts of Western Canada may include acquisition opportunities and distressed situations.

REGINA, SK January 8, 2016 /CNW/ – Lex Capital Management Inc. (“Lex”) is pleased to announce it has received $142.5 million in capital commitments to its most recent fund, Lex Energy Partners LP III (“Fund III”), surpassing its target of $75 million and close to its hard cap of $150 million.

Fund III, received strong backing from a diverse group of investors, including high net worth individuals, pensions, foundations, family offices and institutional investors located across Canada and the United States.

Lex is a Regina-based private equity firm that specializes in investments in early-stage oil companies operating in Western Canada with a focus on Saskatchewan-based opportunities. Since inception in 2009, Lex has raised in excess of $290 million across its 3 energy funds and one diversified fund. “We are deeply gratified by the confidence in Lex demonstrated by our limited partners,” said E. Craig Lothian, President & CEO of Lex. “Fund III took less than six months of active marketing, and raised more than 2.5X the capital of our previous fund (Lex Energy II, 2012), despite the price of oil declining a further 37% during the marketing period. This clearly highlights the confidence that our investors have in both our team and in the longer term outlook for oil.”

“Lex is well-positioned to execute on the growing pipeline of opportunities that we are currently seeing in this low price environment. We are working with a number of management teams that are eager to take advantage of some the acquisition opportunities and distressed situations in the market right now”, added Dean Popil, Chief Investment Officer of Lex.

Fund III was able to reach a broader group of investors in the US by virtue of the firm’s connection and relationship with Bow River Capital Partners, a Denver based firm that specializes in private equity investments. In addition, Lex’s focus and expertise in the Saskatchewan energy sector was a key aspect of the success of the raise. Mr. Lothian advised that “the stability of the Saskatchewan government and its best-in-class royalty structure were paramount considerations for our limited partners, especially those in the US. US based investors, accounted for over 61% of the raise, with another 30% coming from Saskatchewan.”