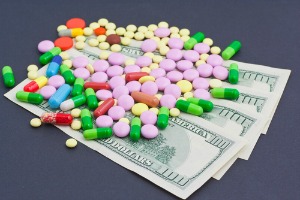 Recently, peHUB ran a column covering some comments from David Rubenstein of the Carlyle Group, who said he foresees a future in which his LBO shop could be listed alongside the PIMCOs of the world as a potential 401(k) option for some of the smallest investors in the U.S.

The Hub also argued that Mr. Rubenstein’s idea was a bad one all around, for his fellow GPs, for 401(k) investors, even for himself. For all of large-cap PE, there’s no reason, no need, to take on the smallest contributors for their funds—but there are plenty of other potential recipients.

We failed to include any mention of who might actually be deserving of the capital, however. Who’s racking up some mega-exits so far this year? Who’s looking hard for capital, while some other VCs out there with brand name IPO blowups in their portfolio are somehow still getting fat?

The venture capital firms that make the things that actually save lives, that is, drug makers, biotech developers and medical devices, that’s who. Their investing model can be shaped more easily to accommodate long-term 401(k)s because these VCs need the cash longer than even LBO shops. One thing Rubenstein didn’t address is the fact that capital will be cycled in and out of funds, meaning 401(k) investors will have to more actively manage their portfolio as mini-LP commitments begin to see returns.

So, contrast life-sci VCs to your traditional LBO fund. Many LBO funds fully invested within five years, and in some cases, mostly returned in eight. What’s a 401(k) investor to do with that pile of cash, now? They can’t just take it out unless they’re reached eligibility.

Life sci VCs can take up to double this length of time to return a fund, in part because of the development and approval processes drugs and devices endure before reaching American consumers. Because it can take up to a quarter century to mostly return even just two life-sci VC funds, many mini-LPs can get into an investment and out of one with less long-term management required of their portfolio, and often without having to endure anything as tricky as a key-man switch. Try getting that piece of mind out of most of your 401(k) managers currently available to the layman investor.

In fact—keeping tax incentives aligned—these VCs could even tap investors with thicker 401(k) wallets for managed accounts on PIPE deals for their portfolio companies that have already made a debut on public markets. Sarah Lacy recently argued that there ought to be more crowdfunding projects to develop biotech treatments and drugs—this would only go to support an early-stage life-sci investment community that has been starving for capital as of late. This would help speed innovation, and potentially even help abbreviate how long it takes a VC to return a fund.

At a time when the United States’ healthcare system is in a state of upheaval (both regulatory, and self-inflicted), a few tweaks to financial regulation has the power to breathe life back into a segment of venture capital that badly needs it. Lawmakers were willing to change rules when Silicon Valley came calling in 2012, hopefully, soon, they’ll work to save the industry that saves lives and still creates American jobs.