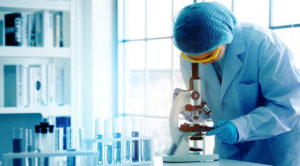 Chicago-based healthcare investor Linden Capital Partners has had a busy year so far as both a buyer and seller of assets, and it’s showing no indication of slowing.

The firm has agreed to acquire BioIVT, which provides research models and services for drug and diagnostic development, according to three sources with knowledge of the deal. Arsenal Capital, five-plus years into its investment, will roll equity in the transaction, they said.

The deal values the company upwards of $800 million and concludes a Jefferies sale process, sources said. Check out my full report on PE Hub.

Linden year-to-date has acquired platforms including RQM+, a medical device regulatory consulting firm, along with StatLab, a diagnostics supplies company. (Based on the size of these two, BioIVT looks like it’s largest check this year so far.) Meanwhile, it recently sold Flexan to ILC Dover, while its portfolio company HydraFacial, an aesthetic skin health specialist, began trading on the Nasdaq amid the completion of its SPAC deal. Also in the works, I reported earlier this summer that Linden is exploring a sale of orthodontics DSO giant Smile Doctors.

Platform building: Another particularly active firm these days is Clearlake Capital Partners, which is building out its automotive enthusiast products platform Wheel Pros with yet another deal. Entering the “aftermarket enthusiast automotive lighting” segment, the platform has acquired Driven Lighting Group from Kian Capital.

The DLG deal comes after Clearlake in March announced it had raised new capital dedicated to fund the Wheel Pros’ growth. The transaction broadened its investor base while providing new and follow-on capital at significantly larger scale to fuel its next chapter of growth, it said.

The Santa Monica firm’s investment in Wheel Pros dates to April 2018. As of March, Clearlake said it had more than doubled revenue and quadrupled its earnings following eight acquisitions. DLG appears to mark its ninth.

Next in line: TPG could be the next big buyout shop to join firms including Apollo, Blackstone, KKR and Carlyle in the public markets, according to a WSJ report.

While the private equity giant has long mulled an IPO, JPMorgan Chase and Goldman Sachs have now been hired as underwriters for its planned IPO, WSJ said. Shares could begin trading by year-end, it said. Read it here.

That’s it for me! Have a great week ahead, and as always, write to me at springle@buyoutsinsider.com with your comments, tips or just to say hello.