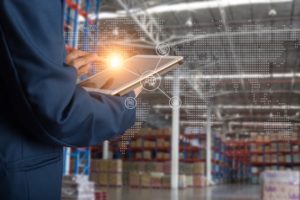 Good morning, Hubsters. MK Flynn here with the Wire.
As supply chain disruptions mount from covid and the war in Ukraine, we expect to see more and more interest from PE firms in logistics. Today, family office investor Kidd & Company and private investment firm Firmament said they have sold Logistyx Technologies, which makes software for the shipping industry, to E2open Parent Holdings for $185 million. “The demand for e-commerce shipping capabilities continues to grow as companies look for more flexible and cost-effective ways to deliver products to consumers,” said Michael Farlekas, CEO of E2open.

And earlier in the week, STG Logistics, which is backed by Wind Point Partners and Oaktree Capital Management, said it has acquired the intermodal division of XPO Logistics, a provider of container transportation services.

Obey is looking into PE deals that aim to solve supply chain problems. If you’re working on one, shoot him an email at obey.m@peimedia.com.

“There is so much to be fixed, so much to be improved and so much inefficiency and waste and if you go back many years, the sector didn’t attract the best problem solvers to address these issues, it wasn’t the place people wanted to go,” Cooperstone told Aaron. “The flip side of the problem is opportunity: there are folks searching for those problems that can be solved effectively where a fair margin can be generated as well.”

“There is also a chink in the PE compensation model where approximately 10 percent of company equity is set aside for management from the start of a new deal, in the form of a stock option plan for them,” Cooperstone said. “The conventional wisdom in PE has been that management should play in that pool and everyone else would not value or understand or be motivated by it. We believe that is wrong.”

He noted that when there is a big capital gain, shareholders and senior management share in that success and everyone else does not.

“For all of those reasons, we launched Private Equity for Greater Good which is a commitment to share the success that is achieved during the investment period with all employees,” he said. “In our case, 5 percent of every gain will be distributed among employees that are not otherwise shareholders.” He added that this is meant to be both a challenge and an invitation to other PE firms to do the same.
“Our hope is that we can encourage the rest of the PE world to make a similar pledge.”

Read Aaron’s full story, and contact him with healthcare deals and profile pitches at aaron.w@peimedia.com.

SPAC watch. Tough new SEC rules could chill SPACs, which raised a record $162.5bn through 613 IPOs last year, writes Regulatory Compliance Watch’s Bill Myers. “Special purpose acquisition companies, which have become a popular exit route for venture-backed companies in the past two years, are the target of a new rulemaking proposal from the SEC,” Bill reports. “The rule proposal keeps with a 2022 tradition in chairman Gary Gensler’s reform regime. Its scope is vast, its prescriptions blunt. If adopted as written, the new rules would close the safe harbor provisions of the Private Securities Litigation Reform Act of 1995 to SPACs and other blank-check companies.”

Women’s History Month. As March comes to an end, it’s a good moment to take another look at the dealmakers PE Hub and Buyouts named Women in private equity: The class of 2022.

Last chance. The deadline for nominations for Private Equity International’s Women of Influence in Private Markets has been extended to end of day tomorrow, Friday, April 1. Submit your nomination here.