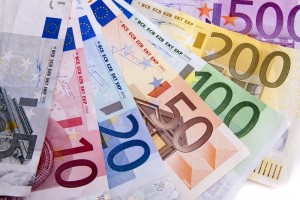 Euro-denominated buyout funds, which play a prominent role in CPP Investment Board’s portfolio, have provided some solid returns over the years. But there is one player that shines above the rest, according to the Buyouts performance database.

CPP Investment Board has exposure to most of the bigwigs in European private equity. Euro-based global fund managers that feature in its portfolio include Advent International, AlpInvest, Apax Partners, BC Partners, Bridgepoint, Cinven, CVC, PAI Partners, Partners Group, Permira and Terra Firma.

Advent International, which is on the fundraising trail for its seventh global private equity fund targeting mid-to large buyouts in Western Europe and North America, is the top performer by a long shot among a selection of the board’s euro-denominated 2005-2007 vintage funds (see list of funds below).

Advent International GPE V, which raised 2.5 billion euros ($3.3 billion) in 2005, posted an investment multiple of 2.21x as of March 31, according to CPP Investment Board’s most recent report on its private equity relationships. CPP Investment Board does not provide IRR data, but according to CalPERS private equity fund performance figures as of December 31, 2011 the fund posted an IRR of 51.2 percent. That’s thanks in part to lucrative exits from investments in companies such as Boart Longyear; Lulu Lemon, RWE Solutions and Casa Reha. Advent International’s last fund, vintage 2008, closed at $10.4 billion.

CVC’s CVC European Equity Partners IV, which closed on 6 billion euros in 2005, comes in second place, posting an investment multiple of 1.53x, according to CPP Investment Board. That fund posted an IRR of 16 percent as of March 31, according to backer Oregon Public Employees Retirement Fund.

CPP Investment Board has long had exposure to euro-denominated funds, with vintages ranging from as early as 2001 to as recently as this year. Examples include the 2001 PAI Europe III fund, to which it committed $128.3 million and which has so far generated a multiple of 2.69x, to the most recent 2012 Apax Europe VIII, to which it has committed $447.3 million, according to CPP Investment Board’s most recent report on its private equity relationships as at 31 March 2012. Of CPP Investment Board’s 169-strong private equity fund portfolio from 82 fund managers, some 35 fund commitments are to euro-denominated funds.

The $165.8 billion CPP Investment Board has been investing in private equity, including secondaries, infrastructure and private debt, since 2001. The pension fund has committed around $40 billion to funds, accounting for 16.9 percent of its total investments as of June 30. Approximately $29 billion of this total has been drawn down into investments.

The pension fund has also completed over $8 billion in direct investments, mainly made alongside its general partners.

Scroll down for a select performance review of euro-denominated buyout funds within CPP Investment Board’s portfolio in ascending order in terms of multiple as of March 31. The selected funds range from 2005 to 2007 vintage years.