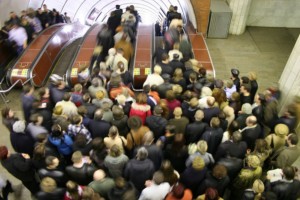 There are more private equity funds in the market this year than ever before. And that has made for a busy summer for some GPs and LPs.

That number, which includes buyouts, venture capital, real estate and infrastructure, is a record for the most funds in the market, Preqin senior analyst and press officer Nicholas Jelfs confirmed to me.

“We are certain that the fundraising market is very buoyant, and there are plenty of LPs looking to invest significant amounts of capital,” Jelfs said in response to questions about fundraising.

“Buoyant” is one way to describe the fundraising market; I might go with something more aggressive, like “ballistic’ or “crazed.” But we’re all getting at the same idea …

“For LPs actively committing at the moment, the sheer amount of manager triage is daunting,” Andrea Auerbach, global head of private investment research at Cambridge Associates, told me recently.

Manager “triage” includes determining which relationships to end, which managers to give more capital to “with a limited look at backing new relationships,” according to Kelly DePonte, managing director with placement agency Probitas Partners.

“LPs have so many PPMs on their desk they are being overwhelmed,” DePonte said. “It is increasingly difficult to get their attention.”

Manager triage has helped to split the industry between the firms that can hit or beat their targets quickly, and everyone else. LPs have the capital—they received record levels of distributions from GPs last year, according to Cambridge—but they are pickier than ever in deciding to whom to entrust their money.

Brady Hyde, a portfolio manager in private equity at UPS, explained the challenge of sifting through the mass of funds to get to the good ones. Once you find them, Hyde said, the problem becomes getting access. “It can be tough to get sizable allocations to the best managers, especially if you’re not [an] existing [LP],” Hyde said.

Part of solving that challenge is to build relationships well before fundraising actually begins, Hyde said. That is true for GPs as well:

“Managers that spent time in between fundraising efforts to keep prospective LPs up to date are probably benefitting from greater familiarity,” Cambridge’s Auerbach said.

This more intense LP scrutiny means that, for some GPs, this summer has been less of a lazy afternoon kind of scenario and more of a psychotic death match for LP attention.

But that’s a good thing, because all the capital circulating around the industry creates the potential for bad decision making (the kind we saw back in 2007).

“All of these factors: cresting distributions to LPs, increasing commitments to the asset class and elevated purchase price and leverage multiples, all of them signal caution or at the very least extreme selectivity,” Auerbach said.

So what did you do this summer? For many in this industry, they worked their tails off.