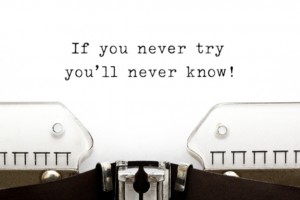 When it comes to co-investing, limited partners in Europe might want to get a bit more proactive in seeking out opportunities.

Interestingly enough, a lot of the audience questions to the two IR professionals (who were not on the record, sadly) were about co-investing, rather than European marketing regulations.

However, the the two topics — European fundraising regulations and co-investing — are actually not necessarily separate issues.

One of the IR pros talked about the firm’s policy of requiring LPs interested in co-investing to contact the firm proactively about opportunities. The GP does not go out to solicit the LP base for those interested in participating in a deal.

“More than two-thirds of our capital would like to see co-investment … We’ve taken the view that, we do a deal, the onus is on the LP to come to us and say, ‘We like the deal, would you be able to offer us co-investment?’” the IR pro said.

The second IR pro, however, said the firm keeps a database of the investor base and their co-investment preferences, including what geographies and industry sectors they like.

“All that goes into the mix: who would be right [for the deal], who has seen a lot of other deals, whether or not they can close,” that IR pro said. “We try to make sure we’re spreading a number of looks around” to the LP base.

Which, as I understand it, is the way the U.S. Securities and Exchange Commission prefers it — that every LP gets the chance to participate in co-investment. At the very least, that all LPs get the chance to hear about co-investment opportunities.

But the idea of letting LPs come to the firm to explore co-investment opportunities seems to gel with the kind of environment created by European fundraising rules known as the Alternative Investment Fund Managers Directive. With complex regulations on non-EU GPs’ ability to market in the European Union, one of the easiest workarounds is “reverse solicitation,” or letting the LPs come to you.

And that’s not just for co-investment — that’s for fundraising in general. Several U.S.-based IR professionals I’ve talked to in past interviews have told me they are skipping active fundraising in Europe because of the rules. They’ll get capital from elsewhere, unless European LPs come to them.

“If you are an LP in Europe, you should be aware, if you see a deal that is interesting, if you don’t initiate a conversation around making a co-investment in that deal, you’re likely not to receive a phone call” from the GP, one of the IR professionals on the panel said.

That’s a shame for European LPs that want co-investment exposure to great managers, or want the chance to commit to a fund they may never see. Unless they are extremely proactive. But that’s the new world we live in.