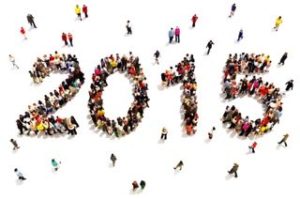 U.S. and European middle market funds continue to top the list of sectors investors plan to focus on in 2015, while U.S. venture capital staged a rebound, a survey from Probitas Partners said.

Nearly two-thirds, or 71 percent, of investors said they expected to target U.S. middle market funds next year, while more than half, or 58 percent, said they would focus on European country-focused middle market pools, the questionnaire said. Probitas defines the middle market as those pools with $500 million to $2.5 billion in committed capital.

Thirty percent of investors said they would target U.S. venture capital in 2015, placing it tenth on the Probitas list. That’s up from 15th in 2014, the placement agent said. Increased IPO activity helped spur investor’s attention, the survey said.

Much of the rebound is also due to North America investors, which ranked VC third in 2015, the study said. Kelly DePonte, a Probitas managing director, said VC interest is weak in Europe while Asia tends to be more growth. “I didn’t expect VC to rebound so quickly,” he said.

San Francisco-based Probitas, a placement agent, questioned 90 institutional investors in September about their interests, opinions and perspectives on investing in PE to formulate the “Private Equity Institutional Investor Trends for 2015 Survey.” Most of the respondents were from pension plans, funds-of-funds, insurance companies and family offices. Less than half, or 42 percent, of respondents were from the U.S. while 36 percent came from Western Europe.

The Probitas study allowed respondents to choose up to five PE sectors areas of interest. Less than half, or 40 percent, said they would target U.S. small-market buyouts (funds with $500 million or less), placing the sector in third place. Another 40 percent tapped growth funds, which ranked it fourth on the list.

Mega buyouts, funds greater than $5 billion, placed a dismal 17th on the list, despite raising plenty of capital. In October, Blackstone said they expect to begin fundraising for their seventh global buyout fund this year, which is expected to seek $16 billion. Hellman & Friedman last month also closed its eighth buyout fund on $10.9 billion, blowing out its $8.9 billion target in under a year.

DePonte said there is a disconnect between interest in mega funds and how much they actually raise. Investment staffs at institutional investors typically like middle market buyouts because they can get better returns if they select correctly, he said. But such investors also have to put money to work. “What is at the top of the mind doesn’t necessarily reflect the size of the check they will write,” DePonte said.

While interest in the middle market remains strong, there is lots of fear. More than one-third, or 41 percent, of those investors questioned said purchase price multiples in the middle market were too high and threatened future returns. Another 43 percent fear the current PE market is at its peak. Interestingly, only 6 percent feared another tech bubble was forming. (However, 34 percent of those who responded to the Probitas survey did not invest in technology, the study said.)