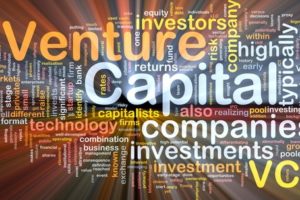 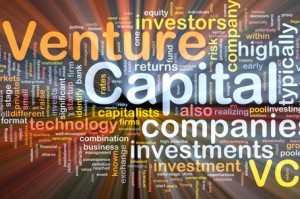 Most speakers at this week’s VentureScape conference in San Francisco made an effort to honor fellow VCs for their contributions to the industry.

But at the end of the day, it was the venture industry’s most critical players – limited partners – who had the last word. Some of their advice you’ve heard before: that small funds will win, that exits are what counts. But they also had plenty of not-so-nice things to say.

From complaints about excessive fund sizes to critiques of common venture capitalist lies, four LPs who spoke Wednesday afternoon shared their perspectives on what VCs should do to improve their returns and relations with investors. Though softened with humor, the criticisms were blunt.

Bon French, CEO of Adams Street Partners, started things off with a request for “more discipline on the part of LPs and GPs regarding fund size.” When a fund has performed well, there’s a tendency among general and limited partners to bump up the size of the next fund. The problem, French says, is that venture is an industry that doesn’t scale well.

The other criticism French touched upon was more directed at fellow limited partners. He said investors in venture funds are often impatient about waiting for returns. This is misguided, he says, because venture is a very long-term industry. Building a company can take more than a decade, and so the focus should be more on high-multiple returns than on fast ones.

“We’d rather have the GP hold the company longer and sell it for a larger multiple,” he says. “I’m very upset with LPs who are pounding for a quick flip.”

Following French, Lindel Eakman, managing director of private markets investments at the University of Texas Investment Management Company (“UTIMCO”), weighed in with his two cents on what venture capitalists are doing wrong.

In particular, Eakman said, venture is posting below par returns. At UTIMCO, which he says is in some of the top venture funds, the asset class has still not outperformed the pension’s credit portfolio or its private equity portfolio.

Eakman echoed French’s concern that scale can be a problem, with smaller funds tending to post the best performance. He also criticized firms’ partner recruitment, noting that in many cases “rock star GPs” turn out to be quite bad at picking partners.

“The truth is many of you in this room won’t get to raise another fund,” he told the assembled group. Then he proceeded to give some tips on how VCs can do a better job of raising funds.

The first tip: Don’t lie. While this sounds obvious, Sperans says he constantly hears venture GPs in fundraising mode exaggerating about performance of prior funds or being what he terms, “hyper promotional.”  That’s a mistake, he says, as “if you say anything that makes you feel untrustworthy to me, game over.” That includes one fundraising VC, whose name he did not disclose, who sought to change terms for GP termination from getting one felony to getting two.

There is “a phenomenon that is rife in our industry” to be overly positive about oneself, he added.

The other problem Speran encounters is the Lake Wobegon Effect, in which every VC claims to be above average. This is problematic because, even if it were statistically possible, being merely above average doesn’t cut it in the venture business.  Even being in the top quartile isn’t good enough. “I want top decile or better,” Sperans says.

Another unconventional tip Sperans offered was for VCs to show some love. Doing well in venture requires a certain disposition toward the work, a high level of passion, and a love for ones’ partners and team members. Though he conceded love is not a word one hears much in the business context, Sperans says it is something that matters, is rare, and can’t be faked.

Speran’s musings on love earned him a hug from the next LP speaker, Chris Douvos, managing director of Venture Investment Associates.

Lose the big payoff mentality, Douvos suggested to the audience. “We’ve got people thinking in terms of lottery” and focused on maximum investment returns, he said. “You don’t talk about risk adjusted return.”

Then Douvos proceeded to dole out remarks that did not sound the least bit loving.

A slide entitled “the exit sphincter” may have clued listeners in on where Douvos was going in his spiel. The slide segued into a quote from hip hop group Wu-Tang Clan, known for members’ practice of trying to outdo each other in making up graphic ways to torture their enemies. Douvos picked what must be one of the most awful threats, which involved sewing a victim’s rectum shut and continuing to force-feed them. He then compared it to his own line of work.

“That’s what it feels like to be an LP,” he says, as venture funds are constantly trying to raise capital and seem to be much less adept at returning it.

Mark Boslet contributed to this report.