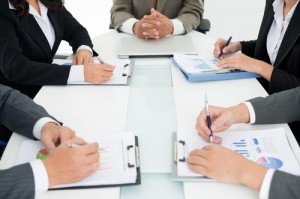 Vancouver’s LX Ventures Inc., a publicly traded technology incubator that launches, integrates and acquires early-stage, high-growth technology companies, has made two additions to its advisory board. Among them was Sheldon Inwentash, chairman and CEO of Canadian private equity firm Pinetree Capital. Alison Lawton, a Canadian business executive and social venture philanthropist, also joined the board.

LX Ventures Inc. (TSX.V: LXV) (“LXV” or the “Company”) is pleased to announce two new additions to its advisory board: Sheldon Inwentash, Chairman and CEO of Pinetree Capital and; Alison Lawton, a Canadian business executive and social venture philanthropist. These additions bring the advisory board to five members. The advisory board operates in a fully advisory capacity, and is independent of the board and management, providing input and advice on the development of the Company’s technology businesses.

Sheldon Inwentash
As Founder, Chairman and CEO of Pinetree Capital, Sheldon Inwentash is responsible for creating the overall strategic vision and setting the direction for Pinetree. A true entrepreneur, Sheldon began his investing career while still working to attain his Chartered Accountant designation in 1981. In 1992, Pinetree was founded to be a venture investor in early stage, emerging technology companies. It was initially capitalized with approximately $4 million and grew investments to a value of over $800 million in 2007. Sheldon brings more than 25 years of experience in the investment industry and a deep understanding of progressive investment and financial management strategies. Sheldon obtained his B.Comm from the University of Toronto and is a Chartered Accountant. In 2012, Sheldon received an honorary degree, doctor of laws (LLD), from the University of Toronto for his valuable leadership as an entrepreneur, philanthropist, and his inspirational commitment to making a difference in the lives of children and the future generations.

Alison Lawton
Ms. Lawton is a Canadian business executive and social venture philanthropist who has championed high-level advocacy initiatives for global humanitarian issues. Lawton began her business career in private equity sales in the areas of syndicated software, film, television, real estate and tax shelter offerings, and was also one of three founding partners of ideaPARK, a leading technology business incubator that was listed on the Toronto Stock Exchange. Lawton currently sits on the advisory council for Sir Richard Branson’s foundation, Virgin Unite Canada and the BC Partners for Social Impact. She is former Co-Chair of an action network of the Clinton Global Initiative, focused on the DRC and former Chair of the “Unite for Children Unite against AIDS” campaign for UNICEF Canada, receiving their Champion for Children Award in 2006. She founded and manages Mindset Social Innovation Foundation, a non-profit that takes a collaborative and entrepreneurial approach to the possibilities of social innovation and brings awareness to some of the most challenging issues of our time.

In addition, LX Ventures has arranged a strategic non-brokered private placement and will issue 4 million shares of LXV at a price of 20 cents per share. No warrants are attached to this placement. LX Ventures intends to use the proceeds of the offering for general working capital. The offering is subject to the approval of the TSX Venture Exchange.

“Ms. Lawton and Mr. Inwentash bring extensive capital markets and business skills to the advisory board, as well as specific experience in early-stage technology companies. Their expertise will strengthen the Company’s ability to connect with key capital markets participants and to create shareholder value through launching, acquiring, and integrating high-growth technology companies that allow investors to diversify from resource focused portfolios.” said Mike Edwards, President and CEO of LX Ventures.

About LX Ventures
LX Ventures is a publicly traded incubator that launches, integrates, and acquires early stage high growth technology companies. We are a group of entrepreneurs dedicated to developing the next generation of entrepreneurs by providing funding, resources, mentorship, and access to our global network. We are in the business of building businesses. Our approach is twofold: we either partner with existing companies to assist with distribution and scaling or we internally innovate from idea generation through to launch and exit. For further information about LX Ventures, its technology, collaborations and partnerships, please visit: www.lxventures.com
ON BEHALF OF THE BOARD
LX VENTURES INC.

CAUTIONARY NOTE: FORWARD LOOKING STATEMENTS. Other than statements of historical fact, all statements included in this news release, including, without limitation, statements regarding future plans and objectives of LX are forward-looking statements that involve various risks and uncertainties. There can be no assurance that such statements will prove to be accurate, and actual results and future events could differ materially from those anticipated in such statements. Factors that could cause actual results to differ materially from those expected by LX are those risks described herein and from time to time, in the filings made by LX with Canadian securities regulators. Those filings can be found on the Internet at http://www.sedar.com.