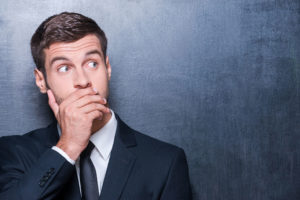 Drama: You know, Dear Reader, we at the Hub love diving into The Drama. Here now is an entire report about Drama in M&A transactions.

Berkeley Research Group (which, in another arena, is the replacement GP selected by LPs of Novalpina’s first fund, read about that here), found in a recent survey that deal professionals expect M&A disputes to increase. And especially those deals involving private equity firms.

“As well as rising deal volumes, there are new deal structures, new investment vehicles, advances in technology and rapidly changing economic conditions, all of which have contributed to the number of M&A disputes,” said BRG director Kevin Hagon in the report.

The vast majority of the 225 respondents (consisting of 115 lawyers, 80 PE professionals and 30 corporate finance advisers), or 92 percent, said disputes involving renegotiation of the purchase price by buyers occurred very frequently or somewhat often, the report said.

Most corporate finance lawyers and dispute litigators said PE firms were involved in the disputes they worked on over the last year, the report said.

The pandemic had led to disputes around purchase price adjustments and earnout calculations, the report said. “How do you deal with the impact on revenue and earnings in relation to these agreements, given the devastating impact COVID has had on many sectors?” said BRG managing director Saul Solomon in the report.

Disputes are on the rise in hospitality and leisure, sectors that were hammered by forced business closures from the pandemic. But other sectors like tech, life sciences and financial services are also seeing more Drama, the report said.

What kind of M&A disputes have you experienced recently? How are MAC and MAE clauses changing in the environment? Hit me up here at cwitkowsky@buyoutsinsider.com.

Newbies: We have an in-depth look on Buyouts tracking the transition from independent sponsor to raising a first institutional fund, highlighting the journeys of Diversis Capital and Luminate Capital.

The firm’s first realization, and “what changed the game for Diversis,” was a label and artwork software provider called BLUE Software, acquired in late 2014. “That was a carveout of a public company, and [an] independent process run by the corporation,” Ron Nayot told Buyouts. Diversis got wind of the opportunity, which had gone overlooked by the market, “and really ingratiated ourselves with the management team, with the corporation, and really built a partnership.”

But being a fundless sponsor meant going above and beyond to prove themselves. “It took us about six months of courting the general manager of that division, showing we were credible and knew exactly what to do,” Kevin Ma recalled. “That whole process took a year, year-and-a-half.” When it came time to pitch the board, the corporation was acquired by another public company, necessitating an additional round of persuasion.

That’s it for me! Hit me up with tips n’ gossip and feedback at cwitkowsky@buyoutsinsider.com or over on LinkedIn.