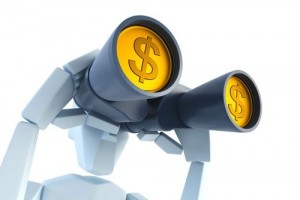 Madison Dearborn Partners plans to begin fundraising for its next fund later this year, probably in the second half, said Chairman John Canning.

Chicago-based Madison Dearborn will seek no more than $4 billion for its seventh fund, said Canning, who spoke Tuesday morning at the Buyouts Midwest conference being held in Chicago. “We will definitely be in the market shortly,” Canning said.

The $4 billion is roughly the same amount as that raised by Madison Dearborn’s last pool, Fund VI, which collected $4.1 billion in 2010. Fund VI is generating a net IRR of 19.1 percent as of Sept. 30, according to the Regents of the University of California.

Fund VI, which is 80 percent committed, is more indicative than its predecessor of how Madison Dearborn is doing now and what the firm hopes to do with its seventh pool, a source added.

“Our investors know we are about to raise a fund,” Canning told peHUB on the sidelines of the conference.

Madison Dearborn got away from its roots of investing in mid-market companies, Canning said during the conference. The firm has returning to its “knitting” and will seek to invest $100 million to $400 million equity per deal, Canning said. The average investment will be $300 million, he said. Fundraising for the seventh pool will likely begin in the second half, he said.

The buyout shop has scored some notable exits recently. In March, Madison Dearborn agreed to sell Fieldglass, a provider of technology for procuring and managing contingent labor and services, to the big software company SAP. Madison Dearborn made 5x its money with the sale of Fieldglass, a Fund VI investment, Canning said. TIAA-CREF also inked a $6.25 billion buy of Nuveen Investments in April. The sale is expected to close by year end.

Madison Dearborn has been criticized for Fund V, which collected $6.5 billion in 2006. Fund V took part in several large transactions during the buyout boom, including the $7.3 billion buy of technology retailer CDW Corp in 2007, the $5.75 billion buy of Nuveen that same year and the $4.1 billion buy of Asurion, an insurer of tech devices, also in 2007. MDP’s fifth pool also invested in the $13.7 billion club buy of Univision Communications in 2006 and the $3.8 billion buy of VWR International LLC, a distributor of laboratory equipment, in 2007 for about $3.8 billion.

“We’ve owned up for the mistakes made with Fund V,” Canning said. He estimated that three deals—CDW, Nuveen and VWR—made up almost 45 percent of the pool. Fund V is generating a 6.79 percent net IRR as of Sept. 30, according to the Washington State Investment Board.

Madison Dearborn has been slowly exiting many of Fund V’s deals. CDW went public last year. The firm continues to own a stake but is selling shares. In May, CDW announced a secondary offering of 15 million shares. About half is coming from Madison Dearborn, which will have a roughly 25 percent stake after the sale and greenshoe overallocation option, according to regulatory filings. Univision is also reportedly in talks to be sold.

One deal Madison Dearborn isn’t interested in? Portillo’s Hot Dogs. Canning said he “likes” Portillos but is not interested in the Oak Brook, Illinois-based company.

Well known throughout Chicago for its hot dogs and Italian Beefs, Portillo’s Restaurant Group reportedly went up for sale earlier this year. The company has hired Jefferies to advise on the sale, press reports said.