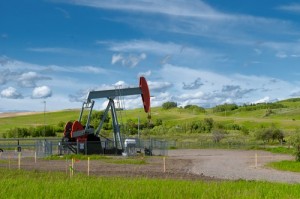 CALGARY, April 23, 2013 /CNW/ – Annapolis Capital Limited is pleased to announce that Mr. Malcolm Adams will join the firm in August 2013, assuming the role of Senior Vice President, Technical. Mr. Adams brings with him a wealth of experience in the Canadian oil and gas sector, including asset evaluation, deal origination and deal structuring. Mr. Adams is a Professional Engineer and an ICD.D certified director with 19 years of experience in the oil and gas industry, including more than eight years in Canadian private equity.

Mr. Adams most recently held the position of Vice President, Corporate Development at Surge Energy Inc., where he was responsible for a team that identified, evaluated and successfully completed acquisition opportunities in western Canada and North Dakota. Prior to joining Surge Energy in 2010, Mr. Adams was a Vice President with ARC Financial Corp., a leading Calgary-based private equity firm, where he focused on deal origination, evaluation, structuring and execution for more than eight years. From 1997 to 2001, Mr. Adams was a Senior Exploitation Engineer at ARC Resources, where he was responsible for optimizing waterflood properties and assisting in the technical evaluation of acquisitions. Mr. Adams began his career in 1994 with Shell Canada as a reservoir engineer. Mr. Adams has served as a director on the boards of seven oil and gas and alternative energy companies.

Mr. Adams graduated with a B.Sc. in Chemical Engineering in 1994 from the University of New Brunswick and is a member of the Association of Professional Engineers and Geoscientists of Alberta (APEGA).

Founded in 2006 and located in Calgary, Annapolis Capital is a long-term investor of growth capital in the Canadian upstream oil and gas industry. To date, Annapolis has raised $300 million of capital over a series of private equity funds from a supportive investor base comprised of both institutions and high net worth individuals. Annapolis Energy Fund VI is a $150 million fund that is actively evaluating and pursuing early stage Canadian oil and gas investment opportunities.