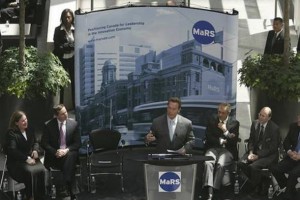 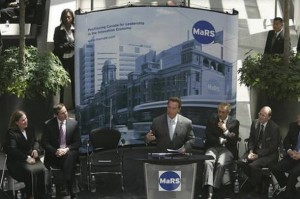 MaRS Discovery District announced that Euan Robertson has been appointed as its president and COO. Mr. Robertson joins MaRS from the New York City Economic Development Corp., where he held the position of executive vice president, and the Center for Economic Transformation, where he served as managing director. MaRS Discovery District is an innovation centre located in Toronto and manages several venture capital funds.

MaRS Discovery District is pleased to announce the appointment of Euan Robertson as President and Chief Operating Officer (COO).

“I am delighted to welcome Euan Robertson as President and COO of MaRS,” said Ilse Treurnicht, CEO. “Euan is recognized as a driver behind New York City’s spectacular success in fostering innovation and entrepreneurship in recent years. He has delivered transformational results towards that city’s ambitious growth agenda. I look forward to working in partnership with him as MaRS enters a critical new phase of growth.”

The newly created role of President and COO comes at a key juncture in the evolution of MaRS. In the fall of 2013, MaRS will open its Phase 2 building, which will more than double the size of its current facilities to over 1.5 million square feet. In concert, MaRS will significantly strengthen its suite of programs to equip Canadians for the innovation economy, grow high-impact ventures, as well as scale and diffuse innovation, both in Canada and globally.

The new President and COO will lead the organization’s increasingly demanding day-to-day operations and work closely with the CEO to strengthen MaRS’ unique innovation platform to bring important discoveries to market, help Canadian entrepreneurs succeed in the highly competitive global marketplace, and contribute to Canada’s economic and social prosperity.

“I’m extremely pleased that Euan Robertson, a recognized leader in the innovation community, has agreed to join Ilse and the executive team as the new President and COO of MaRS,” said Gordon Nixon, President and CEO, RBC, and Chair, MaRS Discovery District. “Mr. Robertson has an extensive background in science and technology, and a record of effectively transforming and scaling organizations, key skills for driving economic and social prosperity — both in Canada and abroad — through smarter innovation.”

“This position is both an incredible challenge and a huge opportunity. I am truly thrilled to join one of the world’s leading urban innovation hubs,” said Robertson. “MaRS has already established an enviable record as best-in-class. I’m looking forward to working with Ilse, the Board, and the MaRS community to take this remarkable organization to the next level.”

Euan Robertson joins MaRS from the New York City Economic Development Corporation (NYCEDC), where he held the position of Executive Vice President, and the Center for Economic Transformation, where he served as Managing Director.

At NYCEDC, he led Applied Sciences NYC, bringing a new $2-billion science and engineering campus to the city in partnership with Cornell University and the Technion Israel Institute of Technology. His approach garnered international recognition, including praise from former U.S. president Bill Clinton, and is being emulated in the Netherlands, Russia, the U.K. and other parts of the U.S.

At NYCEDC, Robertson oversaw a broad suite of programs, including investment funds, incubators, training and mentorship and advisory services. His most recent role there encompassed the life sciences, financial services, media, fashion, cleantech and ICT sectors, where he worked with industry leaders and investors.

Robertson also served as Executive Director of the New York Power Utility Service, sat on the board of BioBAT (a biotech incubator) and on the Mayor’s Council on Technology & Innovation.

Prior to his work in New York, Robertson held senior roles in both the public and private sectors in the U.K. Until 2007 he worked for the U.K. government on healthcare strategy. Before that, he spent almost a decade in the private sector, including more than five years as COO of a technology startup, and four years leading business process redesign for the U.K.’s largest power utility.

He holds an MBA with Distinction from London Business School and an MA (Hons) from the University of St. Andrews.

Robertson will begin his new role with MaRS in May 2013.