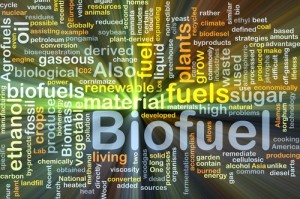 MaRS Cleantech Fund LP has announced the closing of a deal involving Woodland Biofuels Inc., a privately owned company that has developed low-cost process technology for producing cellulosic ethanol from waste biomass. The financing of  Mississauga, Ontario-based Woodland is the third disclosed by MaRS Cleantech Fund since its C$30 million closing in March. The fund is the product of a strategic relationship between the MaRS Discovery District, a Canadian innovation centre, and private investors.

Toronto, December 11, 2012 – The MaRS Cleantech Fund is pleased to announce the completion of a venture deal with Woodland Biofuels, positioned to become North America’s lowest-cost producer of ethanol.

“The MaRS Cleantech fund seeks technologies with the potential to revolutionize the energy sector,” says Tom Rand, co-managing director of the Fund. “Woodland Biofuels is on track to become the first company to profitably make renewable fuels from non-food sources without requiring any form of subsidy. That’s the kind of game-changer we target.”

“Woodland’s demonstration plant will show that our technology can produce renewable fuels from cellulose, reliably and at low cost,” says Greg Nuttall, CEO of Woodland Biofuels. “We look forward to working with MaRS to bring this important technology into full commercial production.”

Rand notes that liquid fuels – gasoline, diesel and jet fuel – are the most difficult components of the fossil fuel infrastructure to replace with renewables.

“First-generation fuels from food are a non-starter – they can’t scale up,” says Rand. “There were a few early, high-profile failures in cellulosic fuels, which made investors flee the sector. But if you do your homework, it’s clear not all second-generation technologies are equal. With Woodland, we believe we’ve found a technology that can deliver on the promise of renewable fuel.”

Murray McCaig, the Fund’s co-managing partner, says it targets the technology component of a sustainable economy – investing in companies that solve big problems in order to reap big rewards.

“According to Ottawa-based Analytica Advisors, the global cleantech market is expected to reach $3 trillion by 2020,” McCaig says. “If Canada got just two per cent of the cleantech market by 2020, which happens to be our share of carbon emissions, we’d build a $60 billion industry. That’s the market we’re going after.”

About the MaRS Cleantech Fund LP
The MaRS Cleantech Fund LP (www.marsvf.com) is a private venture fund focused on early-stage cleantech investing, with a unique partnership with MaRS Discovery District. MCF invests up to $3 million per investee company. All investee companies are MaRS portfolio clients. The fund is managed by Tom Rand (www.tomrand.net) (@tomrand) and Murray McCaig.