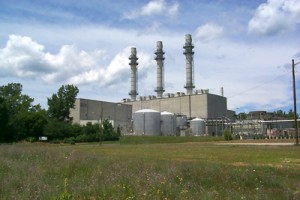 Calgary-based independent power producer Maxim Power Corp. (TSX:MXG) has agreed to sell 100% of its interest in subsidiary Maxim Power (USA) Inc. to Patriot Power Holdings LLC for US$112 million. The deal, which includes the assumption of US$22 million of debt, is expected to close in the final quarter of 2013. Patriot Power is an affiliate of U.S. private equity firm Rockland Capital, which is focused on power and energy infrastructure markets.

CALGARY, ALBERTA–(Marketwired – Aug. 6, 2013) – Maxim Power Corp. (TSX:MXG) (“MAXIM” or the “Corporation”) announced today that it has entered into an agreement to sell 100% of its ownership interest in Maxim Power (USA), Inc. (“MUSA”) to Patriot Power Holdings, LLC (“Patriot”), an affiliate of Rockland Capital, for US$112 million including the assumption of US$22 million of debt resulting in sales proceeds of US$90 million. MAXIM also announced today that the Alberta Energy Regulator has authorized the issuance of an amendment to Mine Licence No. C 2011-9A held by MAXIM’s wholly owned subsidiary, Summit Coal Inc. (“SUMMIT”).

Sale of MUSA
The sale of MUSA is scheduled to close during the fourth quarter of 2013, subject to regulatory approvals and customary closing conditions. The sale is structured as a lockbox structure under which Patriot will bear the risk and receive the rewards of economic ownership of MUSA from April 1, 2013 onward. MUSA sale proceeds will be used to repay bank operating lines and cash collateralize letters of credit leaving significant cash for strategic corporate purposes.

MUSA is MAXIM’s wholly-owned subsidiary that owns and operates MAXIM’s five natural gas-fired electric generation facilities in the United States. These facilities have an aggregate generating capacity of 446 megawatts and are located in New Jersey, Connecticut, Rhode Island, Massachusetts and Montana. Credit Suisse Securities (USA) LLC was retained as MAXIM’s exclusive financial advisor for this transaction.

Mine 14 Licence Amendment
The amendment to SUMMIT’s Mine 14 (“M14”) licence increases the permitted run-of-mine production rate of SUMMIT’s M14 project 2.7 times, from 480,000 tonnes to 1,300,000 tonnes per year. This amendment, coupled with the previously announced regulatory approvals for the Coal Beneficiation Plant, provide SUMMIT with all of the requisite government and regulatory approvals to construct and operate M14. M14 is located north of Grande Cache, Alberta and is estimated to have 18.9 million tonnes of coal reserves and a mine life of 17 years based on the NI 43-101 Technical Report filed on SEDAR on March 21, 2013.

The new Coal Beneficiation Plant, to be located on MAXIM’s existing Milner industrial complex, will bifurcate M14’s run-of-mine coal into an estimated annual production of 950,000 tonnes of high-quality, low-mid volatile, metallurgical coal for shipment to export markets, and 350,000 tonnes of fuel grade coal suitable for power production at MAXIM’s HR Milner Generating Station. As previously reported, SUMMIT has also entered into a long-term terminal services agreement for port terminal capacity at Ridley, BC and an agreement for supply of mine equipment.

MAXIM considers SUMMIT’s coal resources, which are comprised of M14 and Mine 16S (“M16S”), to be valuable strategic assets. The M16S project is located 30 kilometers northwest of M14 and represents 1,792 hectares or 29% of SUMMIT’s total area of leases. SUMMIT is considering an extensive exploration and drilling program on M16S and will provide an update on plans when ready. A NI 43-101 Technical Report has not been prepared for M16S.

Investor Update
Today’s announcements mark a significant step in MAXIM’s previously announced strategic review. MAXIM has accumulated an attractive portfolio of operating and development assets, the value of which has not been fully reflected in the Corporation’s share price. The sale of MUSA unlocks a portion of this value and MAXIM continues to pursue other strategic initiatives aimed at maximizing value for its shareholders. MAXIM has scheduled an investor conference call on Friday, August 9, 2013 at 10:30 am MDT to discuss the second quarter results and the strategic review process.

About MAXIM
Based in Calgary, Alberta, MAXIM is an independent power producer, which acquires or develops, owns and operates innovative and environmentally responsible power and power related projects. MAXIM currently owns and operates 41 power plants in western Canada, the United States and France, having 804 MW of electric generating capacity. MAXIM trades on the TSX under the symbol “MXG”. For more information about MAXIM, visit our website at www.maximpowercorp.com.