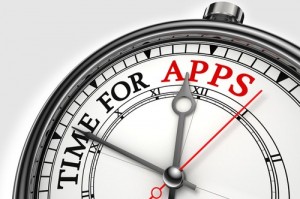 Method CRM, a Toronto-based startup which provides businesses with affordable apps, has closed its first venture capital financing. The company secured C$3 million in Series A funding from Klass Capital, bringing Method’s total investment to date to C$6 million. The proceeds of the deal will be used to develop the company’s platform to integrate with Intaact, Wave, Xero, FreshBooks and other accounting and SMB applications. The Method financing is Klass Capital’s tenth since its founding in 2010. In 2012, Klass Capital LP, which totals C$50 million, was backed by Healthcare of Ontario Pension Plan.

Toronto, February 14, 2013 – Method, a high-growth Toronto-based startup and creator of the number one-rated CRM app on the Intuit Partner Platform, has just completed a deal for $3 million in Series A funding. Backed by Klass Capital, a North American VC supported by a $40 billion pension fund, the new investment will enable Method to engage in what it calls extreme product development: that is, a complete redesign of its platform so it fully integrates with Intaact, Wave, Xero, FreshBooks and other top accounting and SMB applications.

The 25 person company, which already has thousands of users in the U.S., expects to more than double in size by the summer to serve its fast-growing customer base and expand beyond North America to the South American, European and Asian markets.

What makes Method stand out is the full drag & drop customization SaaS platform they developed. This gives SMBs the high level of software personalization only large corporations could previously afford. Method built a complete sync with QuickBooks and Google Apps at the ground floor, so that users can view and enter financial and CRM data all in one place. It frees SMBs from the limitations of traditional out-of-the-box software.

“Small business wants to be agile but are encumbered by many fragmented systems,” says CEO and founder Paul Jackson. “Our new platform will offer complete head-to-toe customization, as well as deep integration into any SMB’s existing accounting software.”

“We are excited to partner with Paul Jackson and the innovative and passionate team at Method,” says Daniel Klass, Managing Partner at Klass Capital. “We were immediately attracted to this opportunity given Method’s leadership and focus on innovation and the company’s rapid adoption and high approval ratings from its target audience.”

Jackson, a successful tech entrepreneur and investor, has a passion for creating the highest quality products that help time-strapped SMBs better serve their customers, scale their operations and profitably grow their business.

“We have a different story from the stereotypical tech startup,” he says. “We’re a few years in now, but up until this raise, we had no outside investors. I was fortunate enough to have built and sold a previous software company, so I kicked in the cash to get us started. Having done this before, I have a good idea of what it takes to be successful and we focused on two things: identifying our customers’ pain points and creating the best possible solutions for their needs.”

“It meant that from day one we had to deliver real value to our users, learn from them what worked, what didn’t and how to quickly adapt. We’ve always given small businesses the freedom to out-innovate their competition by doing a lot with a little – now, with the funding, we can accelerate the process, as well as build more integrations to fuel our rapid growth,” he adds.

Method will release and test a series of new products and apps during Q1 and Q2, 2013. The company plans to take on some of the more established names in the space when they launch their fully-integrated platform in the summer.

About Method
Method (Twitter: @MethodCRM) provides agile small businesses with affordable apps that easily adapt to their unique needs. Built using a drag & drop customization platform with deep integration into QuickBooks and Google Apps, Method frees SMBs from the limitations of traditional out-of-the-box software. It has the number one rated CRM application on the Intuit Partner Platform, a five-star rating on Google Apps Marketplace, and gives SMBs the highest level of software personalization. Headquartered in Toronto, Method raised $3 million in Series A funding from Klass Capital to build out their platform with integration into more SMB applications. This brings the total investment in Method to $6 million. For more information, visit: http://methodHQ.com.

Klass Capital (Twitter: @KlassCapital) is a leading North American venture capital firm focusing on high growth enterprise software companies. The company’s target equity investment is between $2 million and $10 million. Klass Capital has a unique entrepreneurial culture and its portfolio includes innovative companies like Nulogy, Vena Solutions, Firmex and Dealer.com. In late April, Klass Capital announced that it had received a significant commitment from Healthcare of Ontario Pension Plan (HOOPP), increasing the size of the fund to $50 million. HOOPP is one of Canada’s largest pension plans and oversees $40-billion of assets. For more information visit: http://www.klasscapital.com.