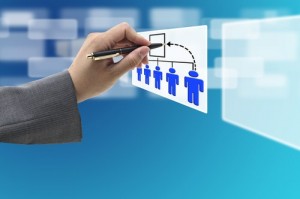 Toronto-based OnX Enterprise Solutions Inc., a provider of enterprise data center solutions, has appointed Mike Cox as CEO. Cox was previously head of the company’s U.S. operations, and before then held senior management positions at Logicalis and Hewlett-Packard, among other companies. OnX has been majority owned by U.S. private equity firm Marlin Equity Partners since 2011.

As CEO, Cox’s responsibilities expand to encompass global operations, accelerating sales in North America as well as in the United Kingdom, and furthering the company’s industry footprint through new strategic initiatives involving OnX’s managed services offerings and solutions practices. In addition, Cox is responsible for expanding existing partnerships with industry leaders including Cisco, EMC, Hitachi Data Systems, HP, IBM, NetApp, Oracle, VMware, and other complementary partners. He replaces Ed Vos who left the company earlier this month to pursue other opportunities though he remains invested in OnX’s success.

Cox takes over an organization today that is well positioned to help major corporations transform their businesses through the design, deployment, and management of enterprise data center solutions regardless of their geographic location.

“Mike has tremendous business instincts and a proven track record of successful execution,” said Sheldon Pollack, OnX founder and Vice Chairman.” He is a strong communicator with proven leadership characteristics who is highly customer-focused. With 30+ years of industry experience spanning the manufacturer, distributor, and solution provider continuum, Mike has a deep and comprehensive understanding of the market and how to succeed in it.” Pollack also commented that Ed Vos, OnX’s former CEO, helped shape OnX to be the sound business it is today. “Ed was instrumental in our success, and we thank him for his service to OnX, to our clients and partners,” said Pollack.

Having succeeded in building significant expertise and scale in converged infrastructure solutions, cloud and managed services, healthcare solutions, and digital application services to date, OnX is uniquely poised to expand on its proven success and ability to deliver world-class services across the U.S. and Canada.

“OnX has all the elements in place to achieve world class status,” said Mike Cox, newly appointed CEO of OnX. “We have the people, expertise, passion, processes, technology, and flexibility to drive exponential growth and to lead the market. We also have the operational and cultural foundation needed to deliver exceptional customer service on a global scale, and that’s what I’m committed to doing – building a unified company with a high standard of service excellence that extends from North America to Europe and potentially other regions.”

Cox brings to OnX an impressive track record of leading and managing successful companies through significant phases of growth, resulting in increased revenue, profitability, geographic expansion and continued innovation. Prior to joining OnX, Cox served as President and CEO of Logicalis, Inc. (2002-2010). He led the company through six acquisitions and grew overall revenue from $170 million to $600 million in the U.S. He also served as a director on the parent company’s (Logicalis Group) Board of Directors. During his tenure at Logicalis, Cox was named IT Executive of the Year by CMP Media’s CRN Magazine. After Logicalis, Cox was President of Arrow Telecommunications and Collaboration Division (2012-2013) where he led the division’s return to profitability.

While at Hewlett-Packard (HP) from 1989 – 2001, Cox served as Vice President and General Manager of North American sales for the company’s Business Customer Organization. In this executive position, he was responsible for the organization’s enterprise and commercial sales, marketing and support services in North America. Prior to that, Mike served as Vice President and General Manager of HP’s Americas Service and Support business. His work at HP also included the creation of HP’s industry-focused sales organizations in 1992 and, in 1994; he assisted in the development of a services sales force for HP in the Americas. Earlier in his career, he worked at Apollo Computer and at Digital Equipment Corporation in managerial roles.

Cox holds a Bachelor’s degree in Science and Humanities from Iowa State University.

OnX Enterprise Solutions is a global enterprise data center solutions provider with a suite of end-to-end solutions including the industry’s leading Federated Cloud solution offerings. The company designs, builds and manages complete data center environments comprised of multi-vendor offerings in four core areas- Hardware & Software Solutions, Cloud & Managed Services, Digital Application Services, and Technology Solutions & Professional Services. Over the past 30 years, OnX has helped clients achieve exceptional business results that accelerate their growth and value. With global headquarters in Toronto, Canada and US based headquarters in New York, NY, OnX has a team of more than 600 IT professionals and an impressive geographic footprint with more than 20 locations throughout North America and in Europe. OnX is a privately held company and majority owned by Marlin Equity Partners. For more information, visit: www.OnX.com.