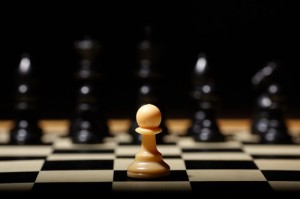 Mobile service providers Mobilicity Inc., Public Mobile Inc. and Wind Mobile Inc. have withdrawn from the Canadian Wireless Telecommunications Association (CWTA), citing “long-standing, mounting frustration with the CWTA’s consistent bias” in favour of larger providers Bell, Rogers and TELUS. Mobilicity has since 2008 been backed by U.S. private equity firm Quadrangle Capital Partners, while Public Mobile has since 2008 been backed by a mix of Canadian and U.S. venture capital and private equity firms.

The three mobile service providers say the move is a direct result of their long-standing, mounting frustration with the CWTA’s consistent bias in favour of Rogers, Bell and TELUS on a wide variety of issues. From this point, the CWTA does not, and cannot claim to, speak on behalf of the Canadian mobile wireless sector.

“When we were first approached by the CWTA, we were promised clear and fair representation on issues of true industry alignment,” said Simon Lockie, Chief Regulatory Officer for WIND Mobile. “But despite making our objections and concerns abundantly clear on numerous occasions, the CWTA has repeatedly failed to honour this promise, leaving us no alternative but to withdraw.”

“It has been evident for quite some time that, rather than being a true industry association which represents the views of all players regardless of size, the CWTA has instead largely been an advocate for Rogers, TELUS and Bell, and often directly contrary to the interests of new entrant wireless carriers,” said Bob Boron, General Counsel and Senior Vice-President, Legal & Regulatory Affairs for Public Mobile.

“We have spent the better part of three years repeatedly voicing our opposition to the CWTA on a wide range of matters to the point of issuing a press release in January 2011 that publically expressed our dissent on the CWTA’s position on wireless consumer protection,” said Gary Wong, Director of Legal Affairs for Mobilicity. “There seems to be a blatant disregard of the new entrants in favour of acting in the best interests of the Big Three carriers and it is unacceptable.”

About WIND Mobile WIND Mobile is dedicated to improving the Canadian wireless experience by offering customers simple and transparent plans, including real unlimited voice/data/text with no-term contracts and no hidden fees. Committed to becoming the country’s fourth national carrier, WIND has more than 600,000 happy customers in Canada and is a part of Amsterdam-based VIMPELCOM Ltd., a global company with over 200 million customers. Learn more about WIND Mobile at www.windmobile.ca.

About Mobilicity (DAVE Wireless) Mobilicity, Canada’s smart mobile carrier, was created to bring down the cost of wireless with unlimited talk, text and data plans, affordable North American coverage, plus popular handsets and smartphones – without locking customers into contracts or charging extra or hidden fees. Everything Mobilicity does adds up to a better wireless experience, not an expensive one. NOW THAT’S SMART.

Formerly known as Data & Audio Visual Enterprises Wireless Inc. (DAVE Wireless), the company is led by Obelysk, a diversified Canadian holding company, and Quadrangle Capital Partners, a global investor in the telecommunications and media sectors with more than $3 billion of capital under management. In 2010, Mobilicity was named one of Canada’s Top 25 Up and Coming Information & Communication Technology start-ups by the Branham Group Inc. Further information about Mobilicity can be found at www.mobilicity.ca.