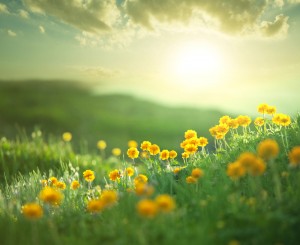 Partnership of the day: Francisco Partners and TPG are partnering up in a deal to carve out Boomi from Dell Technologies. The cash deal assigns a $4 billion value to Boomi, a cloud-based provider in the so-called “integration platform as a service”, or iPaaS market. Simply put, Boomi uses data to help organizations connect applications, processes and people.
The divestiture comes more than a decade after Dell bought Boomi in a bid to grow its cloud computing business. Read PE Hub’s brief on the deal.

Growth-mode: In another tech end-market, Varsity Healthcare Partners is quickly building out a sizable mid-market player in healthcare revenue cycle management, with DuvaSawko/abeo pushing further into emergency medicine with the acquisition of Gottlieb, PE Hub has learned.

Financial terms of the deal are unknown, however the acquisition brings the combined company’s EBITDA close to $45 million, a source familiar with the deal said. That’s up from $7 million in EBITDA generated by DuvaSawko when Los Angeles-based Varsity first invested in the platform in November 2019, the person said.

For more on the Los Angeles firm’s investment, check out my story on PE Hub.
SPAC: Jim Momtazee’s SPAC has found itself a business combination in the biopharma world.

Roivant is expected to have an initial market capitalization of $7.3 billion inclusive of its pro forma net cash balance of approximately $2.3 billion. The transaction includes a fully committed $200 million PIPE and expected to deliver up to $611 million of gross proceeds to fund discovery and development programs.

Roivant has conducted eight consecutive positive Phase 3 studies with two FDA approvals to date, plus says that it is a leader in computational drug discovery through its combination of computational physics and machine learning-based platforms for the in silico design of small molecules. Read more on PE Hub.

On the firm side, Patient Square has continued to rapidly build out its team this year, although its first platform investment has yet to be unveiled. Patient Square is telling potential investors it could raise around $3 billion for the pool, sources previously told Buyouts. The fund just went live on the market around February 1, sources said. Park Hill Group is working as placement agent on the fundraising.

That’s it for me! Have a great week ahead, hubsters, and as always, hit me up at springle@buyoutsinsider.com with your comments, tips or just to say hello.