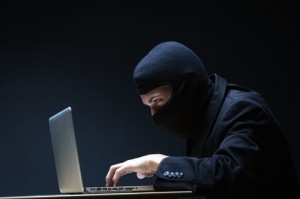 Monroe Capital LLC is suing Warren Woo, a former managing director, for allegedly stealing information to help launch a rival firm, Breakaway Capital. In a response last week Woo called the suit a “direct retaliation” for his complaints about management and said the firm knew of his desire to leave for several months.

Woo allegedly forwarded 308 emails to his new firm, according to a lawsuit filed June 19 by Monroe Capital in the Circuit Court of Cook County for Illinois, sister website peHUB reported. The emails, sent over a span of at least 18 months, included Monroe Capital trade secrets, confidential business plans, information related to new business and prospective customers, as well as Monroe Capital balance sheets and income statements, the lawsuit said.

In a June 23 response to Monroe Capital’s motion for a temporary restraining order, Woo said the motion represented a “direct retaliation” for his “repeated and vocal complaints” about Monroe Capital’s management and “mistreatment” of him. Woo complained about the alleged mistreatment over a six-month period and as late as June, according to the response, which was filed in the U.S. District Court for the Northern District of Illinois (Eastern Division).

The plaintiffs ”concocted this litigation as a pretext to force out Woo in order to silence him and cover up the many wrongdoings Woo has alleged have occurred by those who control Plaintiffs,” the response said. Monroe Capital declined comment on Woo’s allegations.

Woo further said in his June 23 response that Monroe Capital has never identified the alleged “confidential, proprietary or trade secret information” that they are seeking to protect. Instead, the response said, Monroe Capital made “vague references” to unspecified emails and attachments that purportedly deserve protection. “While Plaintiffs boldly accuse Mr. Woo (but none of the other Defendants) of forwarding ‘308 email messages’ with ‘157 attachments,’ they fail to attach or recite the content of even a single transmittal email. Their failure is telling,” Woo’s response said.

Woo also said he did nothing wrong when he sent items to his email account at Breakaway Capital, the response said. In fact, warren.woo@breakaway.com has served as Woo’s personal email for years, the response said. Executives at Monroe Capital themselves regularly sent information relating to the firm to Woo using this email, according to Woo.

Chicago-based Monroe Capital, a mid-market lender, hired Woo in March 2011. The well-known Wall Street executive worked at UBS Investment Bank from 2000 to 2006. One of his titles there included vice chairman, according to his bio on the Breakaway website. Woo also co-founded Moelis & Co before joining Monroe Capital in March 2011. Connolly, the Breakaway Capital co-founder and general partner, also has ties to private equity. Connolly spent six years, from 2007 to 2013, at Leonard Green & Partners, where he was a partner.

Monroe Capital had no idea about Woo’s activities until receiving a subpoena from the Securities and Exchange Commission asking for information about Breakaway Capital earlier in June, a source said. It is unclear what information the SEC subpoena sought. A spokeswoman for the SEC declined comment. Woo said he has been in “active discussions” for the past six months with Monroe Capital principals about separating as an employee, according to a separate June 23 motion. “During that time, Monroe Capital and the other ‘Monroe entities’ identified as Plaintiffs in this lawsuit, understood that Mr. Woo intended to start a separate fund.”

Woo has won some opening points. On Thursday, June 26, Judge Milton Shadur of the U.S. District Court for the Northern District of Illinois (Eastern Division) granted Woo’s motion to move the case to the Central District of California. On Friday, June 27, Judge Fernando Olguin of the U.S. District Court for the Central District of California denied Monroe Capital’s motions for a temporary restraining order and for a preliminary injunction. Olguin said Monroe Capital’s motions were “premature.” He granted Monroe Capital leave to refile the motions, citing Ninth Circuit and California law as warranted.

Michael Dockterman, a partner with Edwards Wildman Palmer who is representing Monroe Capital, said last week that no trial date has been set. “Monroe has asked for punitive damages to deter similar misconduct by Woo and Breakaway in the future, but until discovery shows how they have profited at Monroe’s expense, we can’t estimate either Monroe’s compensatory damages or an appropriate exemplary amount,” Dockterman said in an emailed response to questions on June 24.