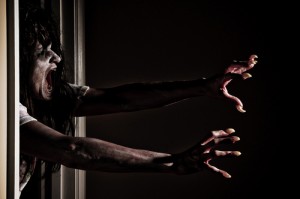 (Reuters) – Private equity firms are sitting on $116 billion of assets trapped in so-called zombie funds that lie dormant but still rake in fees from investors, research showed on Thursday.

Almost 1,200 private equity funds can be classed as “zombie” — poor-performing funds that have been retained beyond their planned life span and whose managers have little hope of raising more money — according to data from industry tracker Preqin.

Despite the funds being inactive, general partners — those managing the funds — still collect management fees from investors.

U.S. regulator the Securities and Exchange Commission is investigating the use of these essentially inactive funds, which critics say drain money from pension funds and other investors that would otherwise be available to reinvest or return to clients. It is part of a wider SEC probe into the private equity industry as a whole.

Hedge funds, asset managers and other alternative investment vehicles have also recently come under increased scrutiny in both Europe and the U.S. as the public and regulatory backlash since the 2008 financial crisis spreads beyond the banking industry.

The Preqin research — which is based on records of active funds managed between 2001 and 2006 that did not raise a follow-on fund after that time — found that zombie funds were sitting on shares in more than 1,700 companies.

The zombie funds returned less than 40 percent of the capital they paid in, compared with a 99 percent return for all private equity funds raised in 2003, Preqin said.

“No one is a winner when zombie funds are involved and represent a clear misalignment of interests between the fund manager and investor,” said Ignatius Fogarty, head of Private Equity Products at Preqin.

“GPs should be eager to realize investments and return capital to investors so that there is no reputational damage that adversely affects their ability to raise a follow-on fund,” Fogarty added.

Secondary buyouts, a takeover of private-equity assets by another private equity firm, offer a route out of a zombie fund and some fund managers even see buyouts as an investment opportunity.